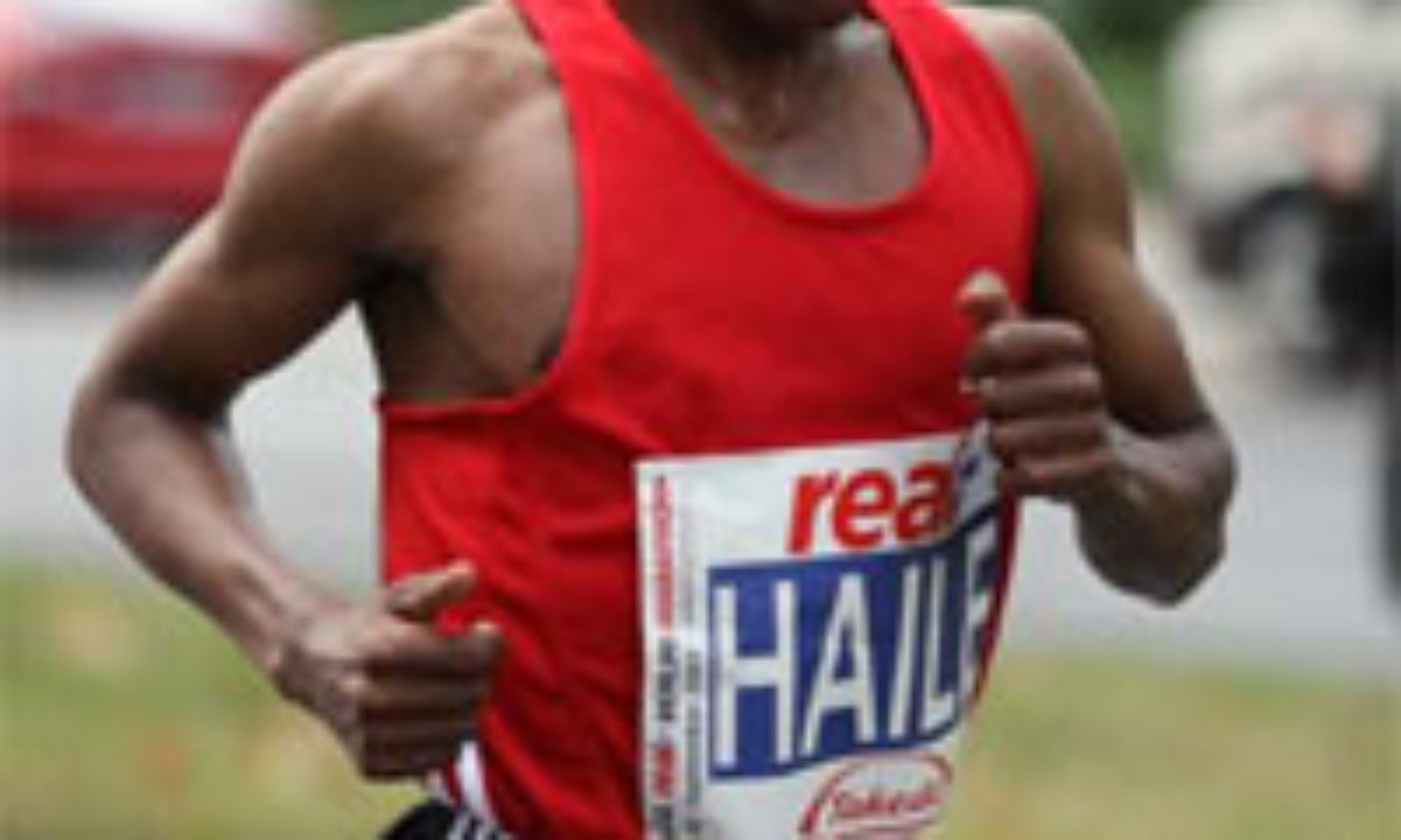 The short and snide answer to the titular question could be: Because you will look better. But vanity aside, the real answer is more interesting and no less true. We need to begin by abandoning the notion that running is primarily a lower body exercise, when in reality it is a ‘full-body movement’. We will return to this later…

Whilst running our legs do serve as the primary transmitters of force to the ground – absorbing and rebounding the total impact created by the velocity you are moving at and the weight of your own body. We all know this intuitively – the heavier we are and the faster we move the greater force we must absorb and each time we land. But what of the rest of the body, what does it do?

“We need to abandon the notion that running is just a lower body exercise. In reality it is a ‘full-body movement.”

‘moves backwards’ – but this is a misconception. It is your body is moving away from your leg rather than your leg pushing the body away from the legs.

At the same time you try to keep your arms bent to avoid having them dangling at your sides which, of course, requires you to maintain some tension in your biceps muscle. These two examples are easy to relate to because as we are running along much more happens. The muscles of the abdomen and lower, mid and upper back, for instance, play a crucial part in stabilising the body as it moves through space. Poor stabilisation creates unnecessary movement as lots of energy is wasted in excessive motion – this is terrible in a sport that relies on being as economical as possible to move forward. A forward slouch, for instance, leads directly to over-striding which again leads to longer time spent on the ground and more shearing forces being exerted on parts of your body not designed to take that type of abuse, again leading to more injuries and slower recovery.

What is good movement anyway?

With all the talk about running form these day’s we often forget to define what biomechanics are and I found few simpler than Kesh Patel’s: ‘skilful movement is creating the right shapes’. We all instinctively know that running around like someone just performed appendicitis on you or running around like you’re bird-watching, head thrown back, are not the ideal postures for running. We also all understand that although we humans are not perfectly symmetrical (and neither should we be) it is not great for your future injury prospects if you look like you are going to keel side-ways every time you land on your left leg.

So back to the question: should runners train their upper bodies. The answer is ‘YES’ but with a big caveat: inside practical full-body movements that positively influence running mechanics. Some ‘modern’ upper body workouts are harmless enough if done right – take the simple biceps curl. It’s a simple exercise that will tone the biceps and at least it serves some practical purpose (lifting an object closer to your body). But you can do better than that – much better.

Won’t I get bigger?

Let’s address this old myth head-on: if your training is done correctly you will gain bulk. It’s a very specific type of training and lifestyle that leads to ‘hypertrophy’ – large increases in mass of certain muscles. If simply training made muscles massive all runners would have huge calves given the force that small muscle is asked to manage. But we don’t. Without getting too technical – the sort of training we advocate in this article will make you look more like Tarzan (or Jane) and less like Hulk (or She-Hulk!).

As a child you learned a series of simple movements that are called ‘motor-skill milestones’. These simple skills included very basic movement such as being able to grasp and reach with your hands. Eventually you began to learn to ‘shuffle around’ – moving your bodyweight to and fro – and as you experimented you achieved greater and greater control of all parts of your body. From a squatting position you managed to reach up and get into standing and after, early falls, you began to control your posture well enough to totter around gleefully, if still somewhat clumsily.

One of these motor skills were crawling or quadrupedal movement. The famous movement teacher Ido Portal calls crawling ‘sprinting on four legs’ it is so efficient in creating results. When you crawl you are not just blindly conditioning muscles in the hope that the extra ‘strength’ will aid something to your running – you are learning to coordinate all parts of your body in relation to each other gracefully in patterns that were part of the original developmental steps you took as a child to become a runner in the first place. Crawling is ‘push-ups on steroids and a shot of fun’.

By relearning these skills you are essentially going back and removing sectors of ‘bad code’ written into your brain and nervous system and replacing them by ‘the good stuff’. This greater control will allow you greater stability – and greater stability allows the body to manage higher forces. Higher forces in turn allow for greater speeds.

‘Crawling is ‘push-ups on steroids and a shot of fun’.

If just ‘crawling around’ doesn’t sound very sexy to you, I suggest looking at this example of one of the more advanced crawls (called the Lizard Walk). This is not where we would start beginners but shows how adaptive this is. Do three reps of 50m of this crawl and you will have done more good work to your body and mind than hundreds and hundreds of push-ups.

Crawling is only a small part of the armoury you can explore, however. What is important is to select movements that are consistent with how we humans lived in our natural environment. There are several fitness brands now available offering this type of movement: including Animal Flow, Ginastica Natural and, our own favourite, MovNat. The permutations are almost endless – you can learn to lift random objects (sandbags, rocks), throw and catch heavy items, balance on a wooden beam while carrying a heavy object, crawl uphill or roll around on the ground like a martial artist defending himself from a band of attackers.

Many of the great traditional disciplines such as Olympic lifting, gymnastics and calisthenics also emphasize movement that is useful for running. We have several runners who have a pair of Olympic rings or a pull-up in the house or in the garden to practice hanging, pull-ups, muscle-ups, dips and the many other variations. These workouts require a solid technical basis so its recommended to begin with instruction – but once you have the basics you will be training your upper body in a way suited to what it was designed to do by Mother Nature. And take it from us: the feeling you get when you do your first pull-up or muscle-up beats beat the pride of adding another 2.5 kg disk to your bicep curl. If you cannot afford instruction, save up for Kesh Patel’s book ‘Complete Guide to Bodyweight Training’ which we discussed with the author here (for our review click here). It’ll keep you busy for years.

An alternative for the outdoors people: just go climb! Studies have shown that the athletes with the greatest ‘pulling power’ (not that way! Though it may be true!) are climbers. Hanging, pulling, brachiating and climbing beats simpler and less practical exercises such as rowing every time. If you’re really inspired you can consider joining a Parkour or free-running community and learning to overcome ‘urban obstacles’ – I have a large rock (2 m high) in my garden and part of my regular practice is to run up to the rock, vault on top of it, crawl across it and then jump off landing first with feet and then with the hands. This required learning the basic skills: but don’t let anyone tell you this type of training has to be boring!

I know we have left you with questions such as: how much of this should be done? What exercises are best to get started with and how do I know what exercises will link perfectly with running and which may be counterproductive? Or how can I schedule it in so it doesn’t interfere with recovering from running?

We hope to get to that in future articles but for answers simply book into our upcoming ‘Primal Athlete/Optimise Performance’ workshop on 1st/2nd November which will provide a crash-course in natural movement among many other things.

Explore more on your own:

This is where we need to leave it but if you believe we have a point – that running is a full-body exercise and you would like to explore it in a natural way that will be guaranteed to transfer into running, here are some of the resources you should start by looking at.