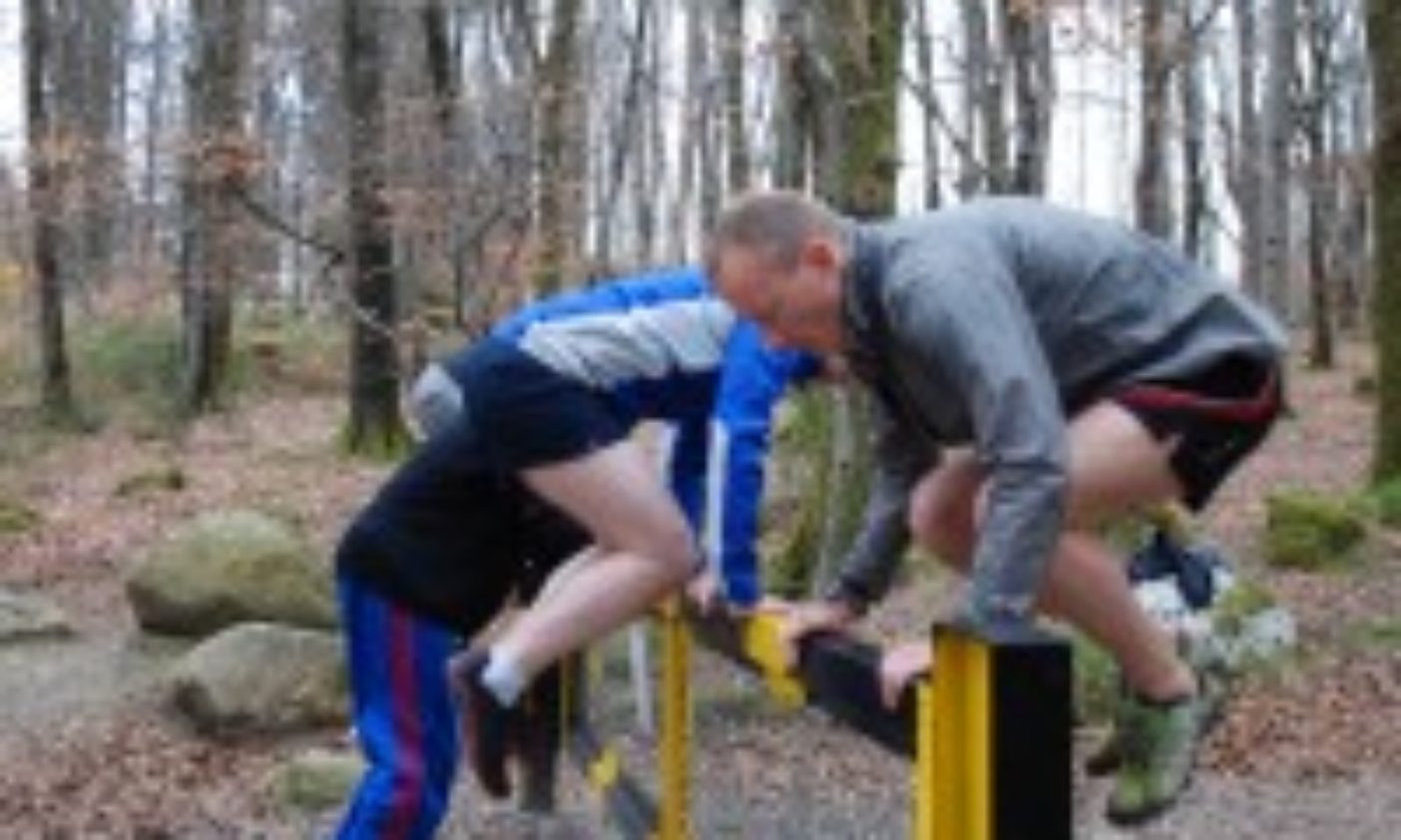 I had intended to call this article “Put the fun back into cross-training” but then I realised it was never that fun in the first place. For those who aren’t familiar with the term, cross-training just means training in a sport or a discipline other than the one you compete in. For a swimmer, running is cross-training and for anyone except weight-lifters and body-builders, weight lifting is cross-training.

Why is cross-training so boring?

In my experience, most runners don’t like cross-training, however, and I would go as far as saying that I hate it (never a word to be used lightly).  Matt Fitzgerald, author of a few thought-provoking books such as “Brain Training for Runners” and “RUN – The mind body method of running by feel”, wrote once that he published his older book “Runner’s World Guide to Cross-Training” amidst great expectation that it would be swept up the shelves. But instead, no one bought it (well, apart from me apparently). He concluded “runners want to run, not cross-train, so no one bought the book.” As it proved he was right, I took a few notes, tested a few of the drills in the book, then dutifully forgot about them. Other books followed and each I approached with the determination you would a New Year’s resolution. And always, the books gathered dust, the exercises were forgotten, the DVDs stored away for posterity to find.

Yet, I always felt, “does it have to be boring?” After all, once upon a time “life was cross-training”. You’d spend your day picking up stuff, moving across obstacles, carrying items, scuttling around under bushes looking for food, squatting while eyeing up some prey, swimming across a stream and what other images we can conjure up of primeval man – the master of the savannah.

Let’s get out of the gym and moving naturally

I wanted to “forget about the gym”, be out in my beloved hills or in a nice forest setting, and always pictured John Lenihan, the Irish mountain running world champion, on his video where he would run around his local woodland, climbing ropes, jumping over tree-trunks and otherwise play the “modern day Tarzan”. Of course, he ruled the hills. How could he not?

My first exposure to how enjoyable natural movement could be came through the encounter with a former free runner. After twenty minutes of instruction, he had me vaulting one of the iconic Coillte gates (the one at the foot of the Brockagh descent in Laragh, County Wicklow), something I’d never been able to do. It felt great especially as he broke down every part of the movement first: from simply getting used to putting full bodyweight on one arm to landing and running onwards in one fluid movement. I did not quite master the skill in twenty minutes but over time and repeated practice it stuck until I the day I had gotten to a point where I undertook the MovNat Trainer program myself.

So, what has this to do with cross-training? Well, why don’t we rewind just a tiny bit and go back to why runners, and any other athlete for that matter, would want to do cross-training.

Why cross-train at all? Injuries? Strength? Power? Technique?

For many novice runners, our first experience with cross-training is a bit traumatic, often a set of drills, such as calf-raises, core exercises and picking up marbles with your feet, to help you recover from some injury. So injury prevention has become one of the primary reasons to do cross-training contributing to its bad reputation. But there are other reasons too, Percy Cerutty and later Seb and Peter Coe, showed the world the benefits of heavy weight-lifting for runners, and mountain runners in later years have often described great benefits from mountain biking and cycling in general.

Phil Maffetone, the great endurance coach, explains one of the key reasons in his new book “The Big Book of Health and Fitness” (it’s big alright, and heavily recommended), by pointing out that one of the main causes of both injury and fatigue is muscle imbalances. This just means that if it takes four muscles to execute a movement it is no good to have three of them working correctly and the fourth working incorrectly. The one not working properly will fatigue quicker, or lead to fatigue more quickly in the other three, so the weakest part of the chain can ruin your overall performance.

Muscle imbalances – what is that all about?

Unfortunately, the solution to this has often become trying to figure out what muscles are “weak” or “imbalanced” and then hammer

them with isolation drills (calf raises again but think also of the catastrophic practice of soccer players doing hamstring curls). It is getting better, though, with a more and more functional and interesting approach to training coming to the fore and many people finding both enjoyment and results in disciplines such as yoga and pilates.

Then there is vanity, of course, winning races may be what running is all about, but why not look like Peter Snell when we cross the line? Sure it could do no harm? So is there a fun way to get whatever it may be that you want, that you feel you cannot get directly from running: perfect posture, six-pack abs, guns like Navarrone, the power of a human pogo-stick or the type of injury-proofness only seen in Bruce Willis in “Unbreakable”. Is there a way to ensure that when you write your running autobiography you can justifiably name it “They called him ripped”? Well, look at the physique of many Movnat coaches or ‘traceurs’ as the practitioners of ‘Parkour’ are called.

Replace everything with natural movement drills and save time

In the early days of our workshops, attendees where presented to the greatest time-saver a runner could wish for: “just run and do natural movement and give up everything else”. Everything else meaning weights, stretching, your physio drills, orthotics and the “Perfect Posterior” video you secretly bought last Christmas.

How is that possible? To really believe it, study videos such as ‘The Workout the World Forgot’ by Erwan le Corre on YouTube – natural movements are complex movements that involve most muscles, especially the core area, at all times. Because the end result is important, such as vaulting a fence, you have to do it correctly. This means by always focusing on doing the movement well, your muscles get trained in the optimal way and you can forget about muscle imbalances forever.

Even better, because natural movements take you through you full range of motion in most cases, it completely eliminates the damaging practice of static stretching. Sitting in a deep squat position, as our ancestors did, bouncing up and down gently, stretches your muscles more and better than any stretching session will ever achieve and has none of the negative side-effects (such as weakening and tearing the muscles involved).

Learning how to move naturally and how to do the exercises

The goal of natural movement drills is always to maximise the use of your own natural elasticity or “your bounce”. By learning to control every movement so you get the “perfect bounce”, you become a much more energy efficient and resistant-proof machine. And, in my experience, it is much more fun and can be done outside with no need for equipment, gear or expensive gym membership. To really challenge yourself and account for the bad days, I bought a 5k Reebok weighted bar and a Reebok step (for jumps). The total cost was less than €50 using second-hand sources for the equipment and I will generally do my drills a few times per day.

Unlike doing weights and traditional cross-training, where the obsession tends to revolve around “weight” and “reps”, natural movement focuses  only on outcome – e.g. doing “one perfect jump from a rock with a 5kg bar held perfectly still over your head.” By striving for perfection, you get the optimal muscle tone and you don’t get injured. It also makes it easy to integrate any time in your daily life. Have a minute to spare in your office? Quickly duck down below the desk for a few deep squats. Only have five minutes for your warm-up? Well, just do the most important drills for running and focus on doing 1-3 perfectly rather than a whole raft.

Once you understand the basic natural movements and can practice them flawlessly, you are ready to take the next step up. Russian sprinters in the 70s and 80s could jump from 4m high boxes straight into a squat position. This takes amazing control and the ability to use your body’s shock absorbers to their very maximum. But imagine having this skill for a hard descent when the forces involved are similar?

Another example are the Olympic weight-lifters who need to lift the highest possible weight in the most efficient manner possible. Once Ben and Tony have people able to do a squat an a dead-lift with perfect form, they can progress you to real Olympic lifting exercises* which would transform the power you can bring to bear as a runner immeasurably. To my mind, once a runner has been trained to that skill level, and combines it with his existing high endurance base, he could be turned into an unstoppable force within a very short space of time and move well beyond any previous performance level he has ever experienced or dreamt of. But it all starts with the basics of natural movement such as squatting, walking, crawling, climbing, lifting, pushing, swimming and any other movement that our hunter-gathering ancestors would have performed all day long.

Beginning a journey to become a self-sufficient “super-mover”

I am myself only at the very beginning of my journey with natural movement, having focused specifically on simply running naturally first, but it has allowed me to do things I never thought I could. Twelve months ago it was tough for me to do 10 regular push-ups. Now I can do 10-12 plyometric push-ups easily. My poor knees were also so stiff that if you had told me I can now sit in a deep squat for long periods of time while playing around with a 5kg bar, I would have thought you crazy. So as a coach my view is fundamentally that no other exercise form is more beneficial for performance and endurance athletes than natural movement drills. Of all the approaches, it was the first I felt like maintaining, that I enjoyed doing while I was doing it and that I felt somehow enhanced my “usefulness” as a person. And this comes back to the core of what George Hebert, the French naval officer, who invented the modern interpretation (Le Methode Naturelle), had intended. He noticed that most modern humans were physically incapable of saving their own lives and did not have the rudimentary movement skills. We are like zoological animals – let us out in nature and we will die. Teach us to move naturally again, however, and can thrive against any challenge – real or simply competitive.

* Hold on! Did I not just say that weight lifting is boring and have I not often stated that body-building polluted performance sports. Both are true. But Olympic lifting is very different from the weight and resistance training you see in gyms today but that’s for another article.

If you want to learn natural movement, check the dates for our next “Running Form” workshop  and you can join our new ‘Optimise performance through nutrition, movement, and lifestyle’ workshop which includes a full primer on MovNat-style workouts.