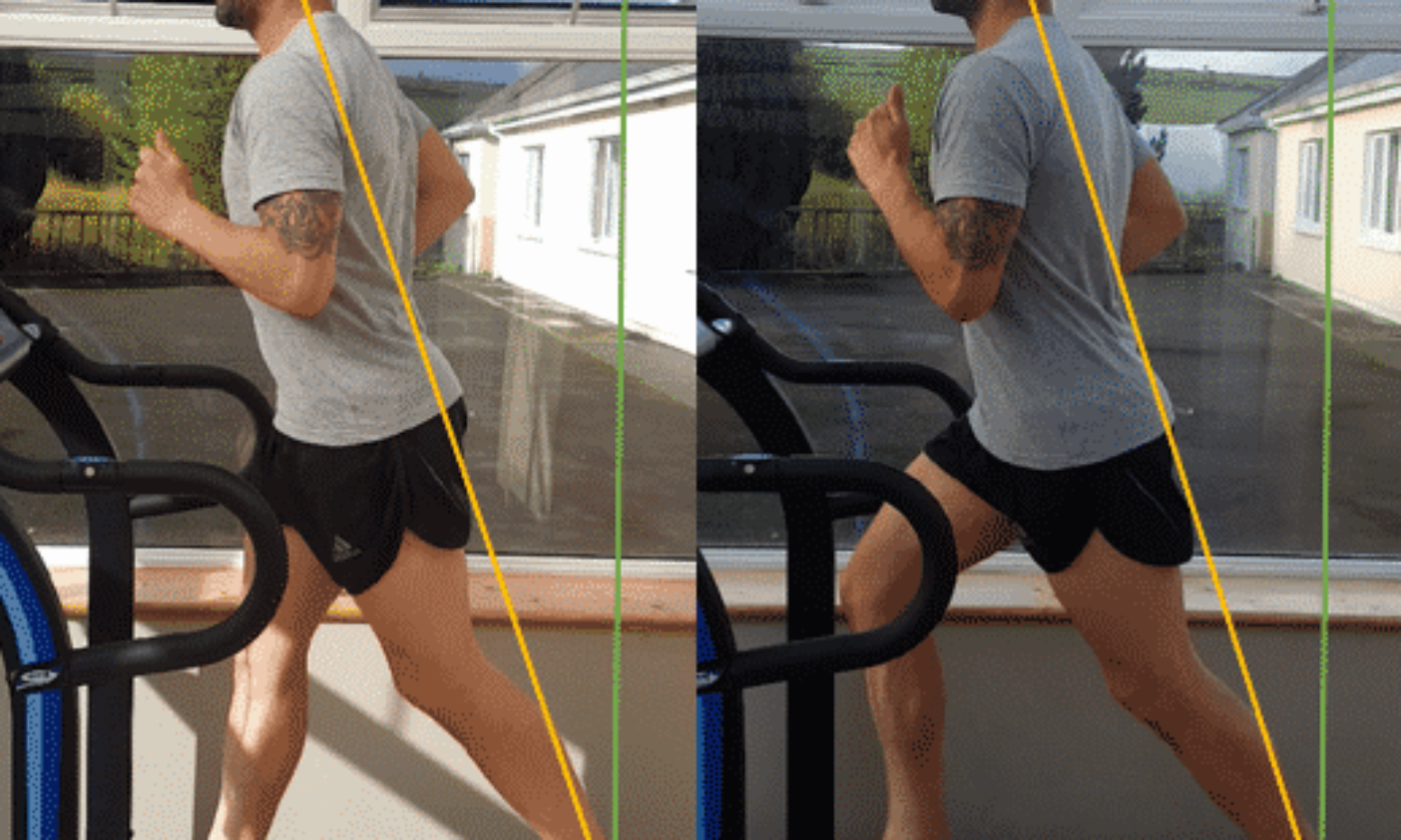 In part 1 and 2 of this series we looked at two phases of the running stride – initial contact and mid-stance – and their influence on Achilles injury for our Case Study – GAA footballer Myles Conway.

Today we will be looking at a part of the running stride called ‘terminal stance’ consisting of two key frames called ‘heel-off’ (the moment your heel leaves the ground) and toe-off (the last moment before your toe leaves the ground). Toe-off marks the beginning of the ‘flight’ phase of running where your body is entirely suspended in the air. Entering flight phase correctly is crucial and exploring the final moments before we are airborne can tell us a lot about why injuries and/or underperformance may occur.

As we dive into this part of our analysis I want to introduce a caveat for the reader to keep in mind: you can observe many interesting things in video analysis but not all have priority. Certain errors are not as important as other errors and can become red herrings chasing you down the wrong road of improvement at the wrong time. It’s up to the coach to make this distinction. We’ll revisit prioritisation in part 4.

The moment your heel first leaves the ground does not provide as much information as the previous and subsequent phases (mid-stance and toe-off) but the time lapse between mid-stance and heel-off is very useful information. A few things we can learn from this frame:

Looking firstly at Myles before (left) and after (right) frame we can see that we achieved a more upright trunk although ideally during this frame we still want the upper body to be more upright in relation to the vertical plane (green line). We also have better knee flexion in the ‘after’ footage shortening the lever of the lower leg and allowing it to move forward with more efficiency (there is a way to do this ‘non-efficiently’ but let’s leave it for now).

Moving onto how long it takes Myles to move from ‘Initial Contact’ to ‘Heel off’:

This means Myles can now move from through the full loading of his tissues to the point of beginning ‘unloading’ in 16.6 ms less than before. This is good news if the body is conditioned for it and is absorbing the load better – we’ll revisit this in part 4 as well. For Achilles sufferers: we want to load the lower leg quickly because tendons are designed to be loaded quickly (muscles can handle slower loads) but this process is not without pit-falls. If you have not loaded the leg like this before a period of adaptation can be necessary. But quite often simply improving this transition from initial contact to mid-stance removes a lot of pain because the lower leg is not under tension for as long.

The toe-off phase is a super-lie detector that strips bare many of the worst habits in the runner’s technique. There are three major errors that can cause problems here:

Potential causes of pain from a technical perspective

Looking at the lines you can notice that despite keeping a more upright posture and starting his ‘lean’ much later in the ‘after’ pictures than in the ‘before’, Myles manages to project his body almost equal distance forward while being able to recover his rear leg quicker (and he is running at the same speed). This new and improved position at toe-off puts his front leg in a much better position to create an elastic and powerful landing. In the ‘before’ video his body is threatening to ‘tip over’ – a common feature in some running methods advocating a distinct forward lean – and the result can be seen as his foot is placed badly ready to come down in a hard-braking landing.

Myles’ never had a big problem with ‘long axis rotation’ nor did he have an over-active push-off. Despite this what was there was reduced by the quicker leg return we achieved – a great benefit to Achilles pain sufferers because this ‘push back’ strains the calf muscle and unnecessarily aggravates the Achilles. Often long axis rotation also causes twisting in the lower limb which irritates the tendon but in this case, it was not the cause of the pain as not great rotation was present.

In part 4, I’ll share my assessment of which part of the overall running technique I believe was the main culprit (keeping in mind technique is not the only cause of any injury – it just makes you more susceptible when you do make training mistakes) and discuss the general solutions as well as look at some observations from other frames not discussed in the first three parts.

To book a biomechanical consult for yourself go to our services page.