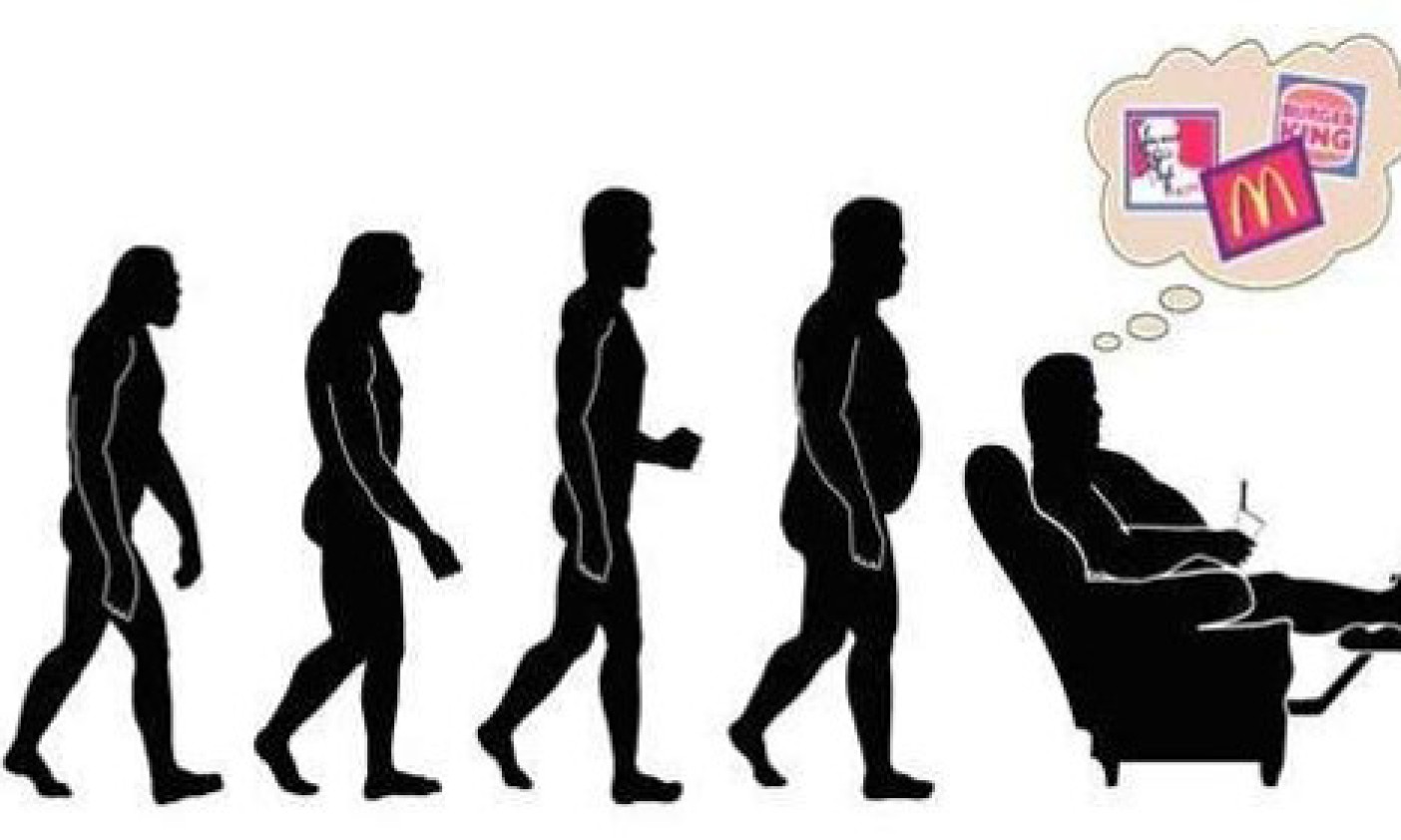 This article was written as a response to the radio interview ‘Road-Running will leave joggers on the scrap-heap’ with Ger Hartmann. We will discuss our view here on TodayFM tonight at 18:30 GMT.
You’re driving along, inattentive, shortly after acquiring your driver’s license. As you look up from your mobile, you see you’ve crossed the middle of the road, and you swerve frantically to avoid a crash, hitting a wall on the other side in the process. You live to fight another day. Later on at the mechanic’s garage, he consoles you: ‘those roads are getting more and more dangerous’.

Applied to road running, we are essentially saying:

But, as most of us know, ‘correlation is not causation’. Windmills do not cause wind nor do firemen cause fires. Almost all research done on the topic of the relation between running surfaces or on soft cushioned shoes and injury show no link between the hardness of the surface and injury.  In fact, several studies show that our gut feeling betrays on when we think of surface hardness: jumpers come down harder on a trampoline than on hard ground. Runners land harder in soft shoes than in hard shoes. Why? Because they can. Robbins et al. published a few intriguing studies showing how modern athletic footwear creates a perceptual illusion explaining this effect. A soft cushion provides a feeling of comfort even when your landing is poor.

Going back to our unlucky driver, imagine if we did blame the roads for his crash. To solve the problem,we suggest to him that he only drive around a nice big lawn with soft edges or at least stay within the local car park. This type of thinking cannot get to the root cause of the problem. Exactly because this type of thinking has dominated injury management for 40 years, we are seeing a depressing status quo: up to 80% of runners report injuries every year and nothing done in the last four decades seems to have made any real impact. It is clearly time to change our thinking and we can start by moving our focus to the root causes of injury rather than distractions such as what surface to run on.

Running is a skill

If the medical profession plays the role of mechanics then running coaches and coaches in general fill the role of the driving instructor. We see the root cause of modern injuries as ‘bad driving’ or to use running specific terminology ‘poor running skill’. We blame the driver (nicely) rather than the car or the road. But if that is true then why are over 80% of us bad drivers, why are we mishandling the best piece of biotechnology we were ever given: our own body?

Scientifically we are on firm ground – certain ways of move are clearly less advantageous than others and choosing these movements make us adaptable to a wide variety of surfaces. If you jump off a wall into locked knees and onto your heels, several bone fractures will likely result whereas a properly executed jump with soft joints to dampen the impact can be done with little risk of real damage to your body. Biomechanically, moving better can change the loading rate and something called ‘joint torque’, proven to reduce injury risk.

You might not recognise your own body as a marvellous piece of equipment if you have been injured for a while but most of us entered this world with a pristine machinery perfected through millions of years of evolution. Not only that, but our human bodies are strongly adapted to endurance running to a degree beyond that of almost all our animal cousins. You were essentially handed the keys to a ‘Ferrari’ when you checked into this world. Now, decades later, you have a bumpy wreck and wonder why you couldn’t drive it.

Human motor learning happens through a gradual process called the ‘motor skill milestones’ which most parents recognise in their children as they begin to creep, crawl, squat, stand up, totter, jump and run (to name but a few transitions) their way into adulthood. In a natural environment, the growing child learns to interact almost perfectly with his environment, including the ground, developing a strong and adaptable body well suited for running and moving across almost any surface. Studies in adult humans and in animals confirm how flexible our body is. Within a few steps of changing from a soft surface to a harder surface, the stiffness of our lower legs automatically adjust.

When hard surfaces DO hurt

So what goes wrong? Somewhere along the line we begin to move in a way that nature did not intend, or very often we stop moving altogether. Our feet are squashed into ill-fitting shoes that change the shape and ability of the foot. We are sat behind desks that change our spines and lock our hips. We drive more and walk less. We stop doing rudimentary things like playing around, throwing and lifting things. In other words: the careful process of educating our own bodies is sabotaged and then often stopped entirely.

Running is quite a complex skill that happens at high speeds and on one leg. As our basic movements become impaired so does our ability to run as intended. Suddenly, we have gone from ‘race car drivers’ back to clumsy learners. And then someone blames the road and we can feel better about our own driving skills. But the scrapes, crashes and bumps remain and no permanent solution is in sight.

We see this every day: runners enter our clinics or workshops unable to do basic human movements that they mastered as a toddler such as a simple low squat. They struggle to balance on one leg or to land gracefully on a hard even surface. Their feet are half asleep and their big toe well out of position leaving them with an unstable platform. Upper backs, knees and hips are locked and unable to play their part in absorbing and generating force during running. When we film these runners they are moving in a way that leaves them extremely vulnerable to impact whether it be on a soft or a hard surface.

Let us imagine that we were jumping coaches and not running coaches. These two movements are closely related and involve similar degrees of force and impact. A poor jumper with knee injuries and shin splints walks into my laboratory. I could have two choices: I could teach him to land on a trampoline (or a bouncy castle) or I could teach him to land on a concrete surface. Which approach is most likely to teach our jumper the best way to land? I hope you guessed that the concrete is the better way to go. The hard surface provides more feedback to the jumper about whether he landed too hard or too soft and whether he used his inbuilt suspension system properly or not. It provides more audible cues (noise) for the jumper to learn from and he will feel discomfort or pain if he executes his landings incorrectly.

The harder a surface you practice on the more energy is returned to your body and the quicker rebound you can achieve. When you practice on soft surfaces it takes your body longer to compress that surface and less energy is returned. As a consequence you have to exert greater muscle activity both to achieve first stability on the uneven surface and then to push yourself free of the surface. On a harder surface you can essentially ‘get off the ground’ quicker by using the greater rebound. To test this in action simply run over sand for a while and then go run on hard compact sand and then on concrete. You will notice two things:

Essentially training on a soft versus training on a hard surface conditions your body in a different way. Running on hard surfaces is more elastic with quicker contact times and more need to use your own body’s suspension system. Running on soft surfaces is less elastic and requires more muscular effort and more ability to stabilise yourself and stay balanced and allows runners to ignore their inbuilt suspension system.

Because most of us grew up in soft footwear we have grown accustomed to not using this inbuilt suspension system and for that reason roads can feel uncomfortable and prove potentially damaging. But the issue is not the road: it is how we interact with the road through the running form we adopt.

A positive view on hard surfaces

We agree with Gerard Hartmann that runner should seek out a wide variety of surfaces: road, dirt trails, fire road, pavements and grass. We disagree with the headline that we should fear and eschew roads.

Rather we suggest treating roads as your best and primary training tool especially once you first start running. We would recommend that any runner with injury have their running technique and footwear assessed before beginning serious and consistent training. You may be getting painful symptoms like sore knees and hips or shinsplints when you run on road because you have lost the ability to use your ‘natural suspension system’.

The best way to be set back on track is not to avoid the road but to have a trained coach teach you how to run on the road appropriately. Once you have this solid foundation your body will naturally strengthen to the demands of hard surfaces if the training is progressed intelligently and gradually. The road will provide you instant feedback on whether your running technique is poor: discomfort, hard slapping sounds when you land or unnatural levels of soreness afterwards especially in shins, knees, hips, lower back and neck. This is a fundamental principle of all training agreed on by everyone: SAID (Specific Adaptations to Imposed Demand) or in other words: your body adapt to what you do to it. Training on soft surfaces does not adapt you to hard and viceversa.

With the ‘hard road’ as your teacher you will develop the ability to run on all surfaces, having to fear none of them. An added benefit of road running is that the traction is very good and it allows us to exert a very even and sustained pressure on the heart. Our muscles also tire slower than on soft trails allowing you to run faster for longer.

By going to the root cause (your running technique) rather than the symptom (the surface you run on), we can make the right training choices and get long-term solutions to our injury problems.

Gerard Hartmann subsequently gave a second interview on the Pat Kenny show where he softened his guidelines (no pun intended) by explaining that he advocates 70% of running on hard surfaces and 30% on soft surfaces. He also explained that he classifies asphalt as a soft surface not a hard surface (as many would assume). This leaves us with the stance being ‘keep very hard surfaces like concrete down to 30% or less of your running’.

We don’t disagree fundamentally with this guideline except to repeat our advice to focus on adapting your body properly to running on hard surfaces instead of avoiding them. When we retrain runners, we prefer them to start on reasonable roads and pavement rather than extreme cut up country roads so the body has time to adapt.

McNitt-Gray, JL and Yokoi, T, ‘The Influence of Surface Characteristics on the Impulse Characteristics of Drop Landings,’ Proceedings of the 13th Annual Meeting of the American Society of Biomechanics, August 23-25, Burlington, Vermont, pp. 92-93, 1989