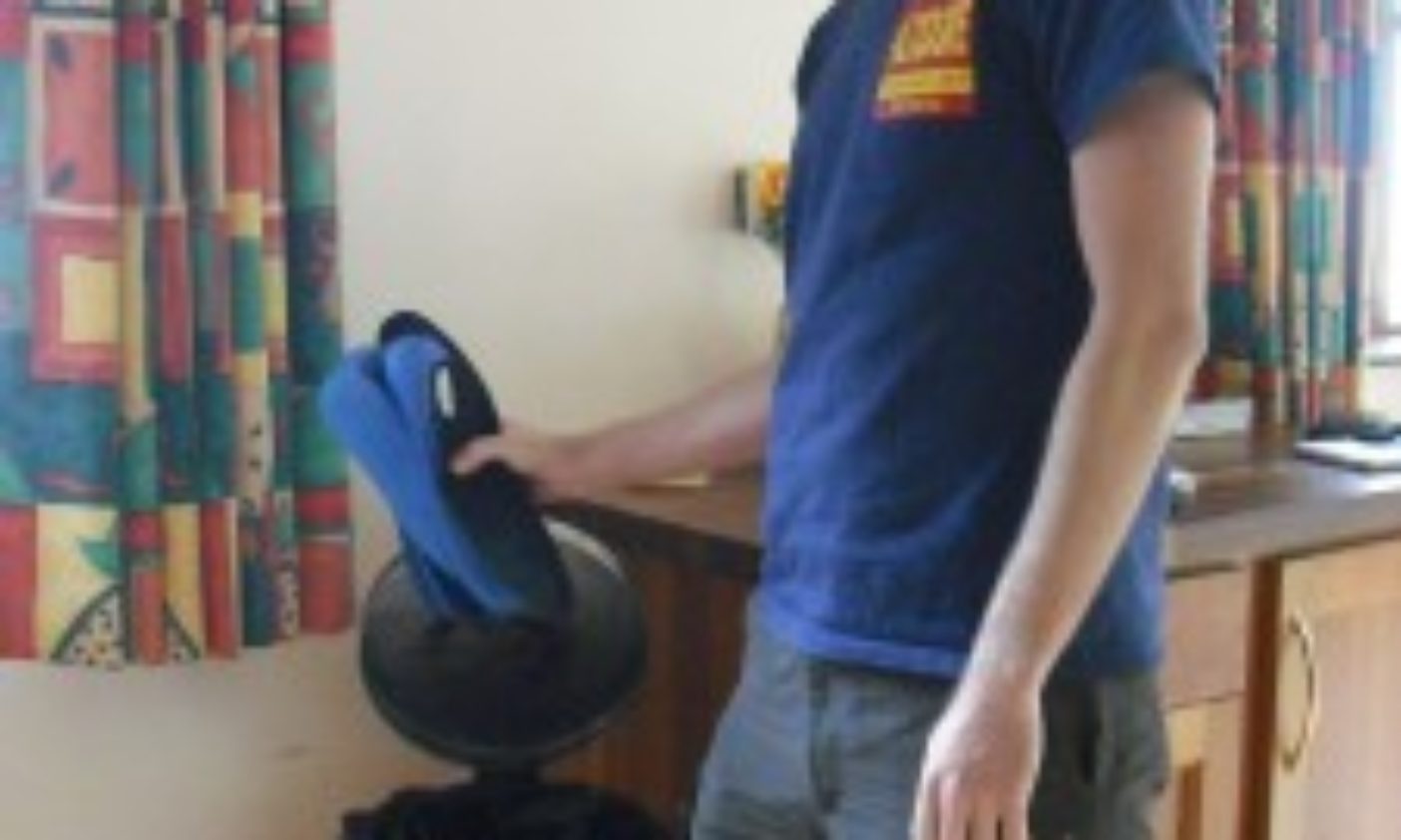 I went looking in my cupboard the other day and noticed several unused tubs of “tiger balm”. I then looked around a bit further and saw an almost full jar of Advil, some unused sports massage gel and a few rolls of zinc-oxide tape. That’s when it occurred to me: the stupendous amount of things I had been buying over the last years or paid for to try and stay running reasonably pain free (or sometimes to just keep running).
Then a second thought struck me: I am not buying any of this stuff anymore! So I thought, “why not go through all the things I can now do without” thanks to Tony Riddle’s approach to curing running injuries. Most of the below list are classical “magic bullet”, or symptomatic, relief methods, all of which failed to provide me any lasting solutions.

Over the last years I always bought a few zinc-oxide rolls to tape up sore that I felt were “in need of support”. When the “K-tape” came out, I invested even more in that as it seemed easier to use (incidentally, I’m not dead-set against K-Tape as I think the idea that it can focus your mind on an area that is currently underactive may have some merit even in Tony Riddle’s injury free paradigm, but it remains a symptomatic solution, not a lasting cure. And we can do without it.).

I always kept a small store of Nurofen and Advil for “emergencies” and while my use of them became more and more conservative as their dangers became more and more clear to me, it’s only this last year that I can say I’m now completely “pain-killer free”. Now the only time I’d contemplate taking such as risky drug is for urgent dental pains (as these are basically disabling without some remedy until fixed) and similar acute inflammations, but never for a sports injury or running injury. Let’s leave all of their known side-effects unsaid and just conclude: they are not good for us. I once got Diclofenic prescribed which caused a large range of side-effects in me, and I would never consider taking this drug again based on that experience.

My expensively purchased “night-splint”, purchased at Physio Needs, used to try and cure the “Plantar Fasciitis” I suffered from in 2008 and 2009, now lies around with its black plastic carapace gathering thin layers of dust. It was never comfortable to wear and in hindsight the idea that putting your foot in permanent plantar-flexion now seems bizarre to me as it’s hard to imagine something more unnatural. On a more scientific note, the theory that nightsplints are based on is false if you accept the injury free running paradigm put foward by Tony Riddle, but that’s a topic for another day’s work.

I used to spend about €140 per year on orthotics (two pairs, of the cheapest model I could get) but since I was made see that they are essentially just “another plaster”, they were among the first things to fall into disuse and eventually go in the bin. Unless I lose a big toe of similar get my foot crippled, I never plan on donning a pair again. Incidentally, it was one of Tony’s first pieces of advice to me and he warned how “they’ll make it even more difficult to correct yourself later.”

I haven’t needed a sports massage at all in 2012 although I would still opt for one if I felt I had knackered myself. But my drills now do most of this work for me and the rudimentary understanding I’m developing of trigger points (again from watching Tony and my personal research) means I don’t really get to a point of stiffness were I need this treatment. Does it mean I’d never get one? No, but I enjoy being able to largely control my own level of flexibility and comfort for the most part.

During 2010 I bought several different type of ice-packs that I could either strap around my ankle or otherwise fitted the type of injury I had at the time. I bought cooling spray for immediate relief after races when ice wasn’t around and would use heat pads as well for my perceived “arthritis” in my ankles. In 2012, there has been no occasion where I have felt icing necessary and indeed, I have been reasonably convinced that using it as it is often prescribed would be harmful to my natural healing processes. I ate less inflammatory foods instead and did go into the occasional cold river after very warm workouts but my ice-packs lay in the backroom – unused and unloved! That icing in particular may be a very poor, or ineffective, strategy for chronic pains is now widely reported and something we’ll talk about more on this site at some stage as well.

I used to have a hefty use of tiger balm and similar ointments that provide localised, temporary, relief of pain. I had practically forgotten about these until I opened that cupboard to be greeted by their characteristic strong smell of campher. They still work a treat on midge bites but I find that these have grown less itchy this year. Coincidence?

My annual physio bill often ran above €500 (or more) and visits tended to be monthly, even bi-weekly, on several occasions during the period 2008 to 2011. This year my physio visits stand at a big fat “zero” and I have not received any type of alternative therapy either outside of working with Tony when he is here on better movement and loosening out the occasional trigger point. As my technique keeps improving, the need for trigger point release seems to be lowering constantly and I have not had a trigger point in my calves for a month which must be a record! Likewise, Laser therapy and cryotherapy, both things I invested in either regularly (the laser) or on a few occasions (cryo), are no longer part of my budget. I used to see a sports doctor on a few occasions and had some check-ups done too, all of which I know consider unnecessary and would not repeat.

I used to have a horde of shoes, one for each occasion, that I would rotate, especially if one caused me soreness in one area. I usually knew what shoes caused my Achilles to be sore and which ones would make my arch hurt. By rotating them I felt I could “rest an area”. Now all these shoes have gone into my “give-away” and I have not worn any footwear except my VivoBarefoot Aqua Lite, VivoBarefoot Breatho and VivoBarefoot Ra (office shoe) since the Copenhagen marathon.

10. Traditional strength and conditioning and stretching

As Gray Cook, creator of FMS, puts it:  “If you focus on muscle, you’ll only get muscle. If you focus on movement, you’ll still get muscle.” I have been given more than six different strength and conditioning routines by specialists over the last 5 years and have concocted many more myself by perusing running literature. How many of these drills do I use today? The answer is a depressing “none”. Not a single exercise made it through the filter I learned to apply in the last 12 months. In a way it’s sad but I did not enjoy most of them as they often seemed strange, uncomfortable, downright painful or “just didn’t make sense”.  This side of my conditioning is entirely replaced by natural cross-training now. Stretching fell by the same wayside, a wonderful thing to get rid of (Lydiard would be satisfied, I hope, given his disdain for the practice). The natural movement drills have completely replaced the need for any type of stretches which has led to huge improvement in my flexibility and none of the side-effects and soreness that I would today put down to static stretches and other traditional stretching practices.

11. The dark road I did not go down – surgery and injections

Despite all these many attempts at getting to the core of injury prevention for running, I actually consider myself one of the lucky ones, because I never contemplated cortisone injections or surgery. Perhaps I was lucky to never get strong advice in this direction when I knew less. Perhaps I always felt uneasy at the thought of something so invasive and irreversible. This is probably the true reason, part of me never wanted to accept that my body could not heal myself. Someone (thank you whoever you are!) once put the thought in my head “once they take something out, they can’t put it back in”.
Would I be against all surgery? No. If I got smashed up on a motorway or had a hole in my heart, then, of course, I’d use this expertise. But for chronic pains I could not think of any scenarios today where I would consider it.

A new era of injury prevention? For me yes…

So these are the ten things I can think of that I have removed from my daily life by implementing Tony Riddle’s injury free running methodology, let’s run it again: tape, pain-killers, night-splint, orthotics, sports massage, ice packs, ointments, physiotherapy/doctors, protective footwear and traditional strength and conditioning and stretching. Can movement and good living really set us up for a life without these things? In my own experience, largely yes. It’s hard to quantify the gains I have made in time, money, happiness and performance from making this change, but it is deeply satisfying to have failed so many times and then to finally find the right path.

I interpret this as a lesson in persistence – for every blind alley, take the effort to walk back to the starting point and go in another direction. So what’s the catch? Well, you have to accept that it is not a magic bullet solution. It’s not like buying a pair of shoes believing they will magically fix you. I did this many years ago when buying the ASICS Gel-Kinsei, one of the worst examples of hi-tech monster shoes ever designed (this was before the time of Hokas!), and my hopes were instantly shattered by the worst running experience I ever had in a pair of runners.

Tony’s method is not a dream like “Born to run”, an allusion he’ll be heard using in most of our workshops, it’s not to just chug off your shoes and go run bare foot or minimalist. But here’s what I like: succeeding takes exactly the same qualities that are required to be a good runner otherwise – a growth mindset, consistent and regular effort, a true passion for natural physical activity and the ambition to excel. The trick for me was to suppress the “tyranny of the miles” for a brief period of time and set other goals and pursue them with the same ferocity as my old running targets. Once “moving perfectly” becomes as important as “run 100 miles”, there’s no limits. And, if a guy who was called “motor function challenged” (that’s me!) by his PE teachers can do it, then anyone can do it…