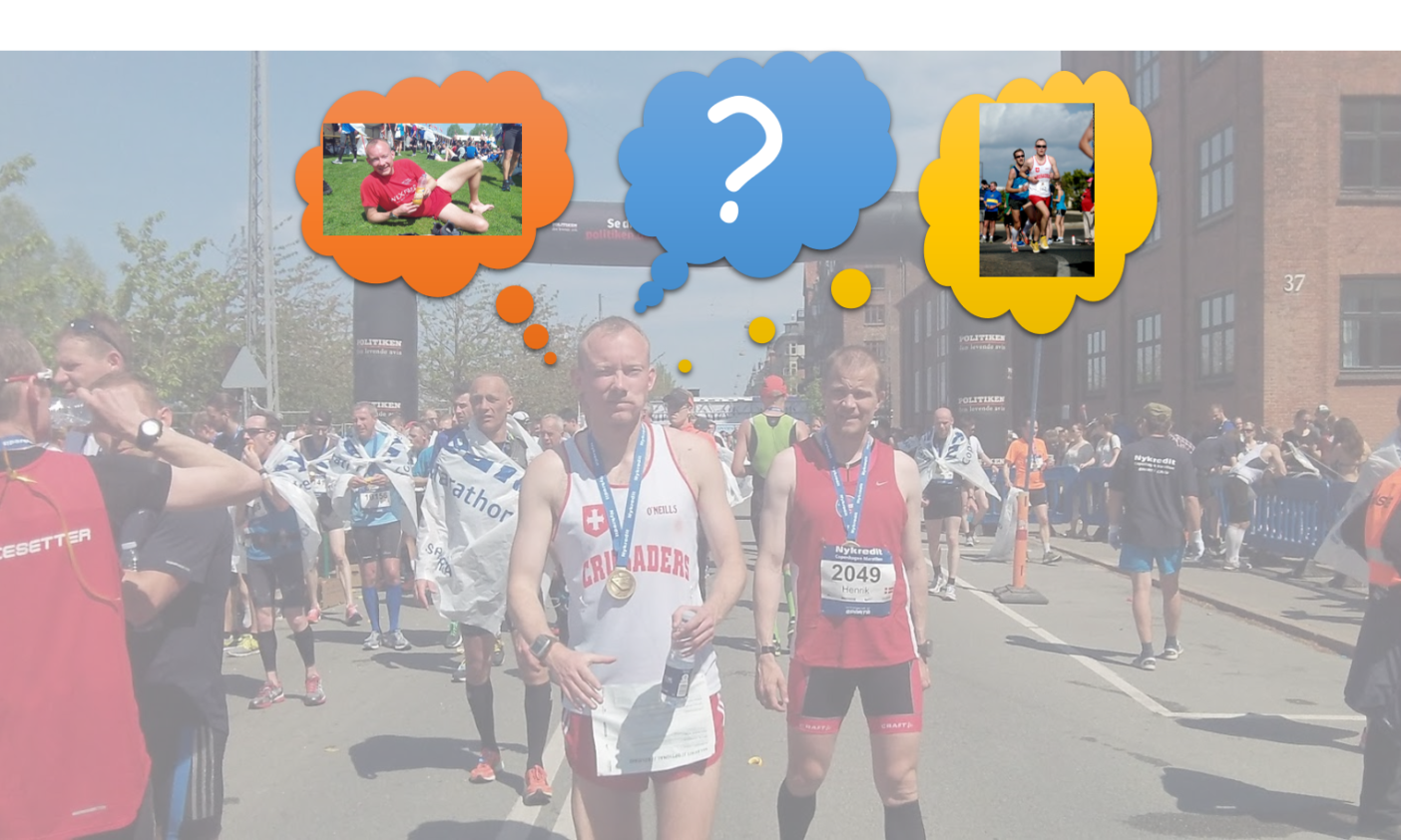 What’s the best strategy for getting the body back in the right condition after the marathon and how should your training look like? Read on…

Finishing a marathon usually presents a huge climax (or sometimes anti-climax) leaving both mind and body somewhat drained. In running circles, the phenomenon has sometimes been described as the ‘Marathon Blues’. I remember it well – I was on such a high after my first marathon that it was hard to recapture the same level of excitement for a little while after. But there are bigger risks than loss of excitement lurking beyond the marathon….

After a big race – especially the marathon – the body tends to be flooded with fight/flight hormones such as adrenaline. Not only that – but our body’s ‘sympathetic’ nervous system is ‘revved up’ and does not return to a resting state immediately. This sometimes leads to feeling surprisingly recovered in the first 48 hours after the run – or more commonly – at some period during the first 2-3 weeks.

Feeling good, we are tempted to ‘get back into the hard racing or training’ pretty quickly. I made this mistake after my first marathon. I had raced 43 times already that year (and would do two more) and less than two weeks later decided to line up for the traditional ‘end of season’ race for the Irish Mountain Running Association – the unforgiving 15 km ‘Powerscourt Ridge’. Coming off the summit into the long descent I felt a strange twinge in my foot once I hit the fire-roads of Crone Wood. This would be the first sign of Plantar Fasciitis. I would not feel the last sign of it for another 18 months.

This should be a warning of what can happen when we do not ignore the ‘illusion of freshness’ in the first weeks of the marathon and plough right back ‘into action’. After a marathon, we need a period of normalisation – restoring what has been damaged to normal levels and recuperating before building up again.

A famous example of overdoing the marathon was the first man to break 2:15 – Leonard ‘Buddy’ Edelen (whose story you should read in ‘A cold clear day’). Thirteen months after running his famous time of 2:14:28, Edelen ran 2:51 for the Denver Marathon and his career ended in ignominy. What went wrong? Buddy Edelen refused to take proper rest between his marathons and ran five marathons during the thirteen months between his world record and the 2:51 low-point*. During this point a persistent hip pain had manifested that would not clear again during his active career (Buddy Edelen died of cancer in Tulsa, Oklahoma, in 1997, aged only 59).

* While this time sounds pretty good to a lot of us, it is an unmitigated disaster for a sub-2:15 marathoner

How to avoid post-marathon regression

Ambitious runners will be prone to rushing back into hard training too soon to guard the ‘marathon fitness’ whereas beginners may drift away from the new routine they established to conquer the marathon. The first road can lead to overtraining and injury and the second to detraining. We need to seek the middle-road if we are interested in long-term development.

The immediate damage from the marathon itself needs time to repair so the body can be brought back to its previous level but there is more to it than that. The entire training period leading into the marathon exacts a COST ON THE ORGANISM which you need to pay back. Because endurance running in general and the marathon running in particular is very specialised, the strength we gain to compete in the marathon arrives at the expense of other systems.

Endurance running is catabolic – meaning it focuses heavily on breaking down bigger molecules into smaller molecules while we run. After a run, small molecules need to be put back together again into bigger ones to achieve a training effect (this is called anabolic). If the catabolic effect outstrips the anabolic overtraining occurs – meaning you get slower and weaker.

The marathon race itself takes an enormous catabolic toll and a phase of near ‘total rest’ to restore the balance is required. Our mental and nervous energy also depletes and needs to be topped up again.

Not only this but many aspects of your running ability may have been neglected in the final months of preparation as everything was focused on ‘running long’ and ‘marathon pace’. Your 5-km pace may have gone down and so may your sprint paces. If you hope to remain a balanced runner you will need to rededicate some time to these aspects of your overall running ability.

Post-marathon an informal period of 2-4 weeks during which no formal training is done is desirable, and here recuperation is the absolute priority. For many people the only thing that will work for mental refreshment is a total break from running whereas for others it means very light running activity. Any niggles should be cleared during this period and some neuromuscular therapy is a good idea to ‘wipe your slate clean’ – you can do this yourself through self-myofascial release daily.

Once this rest period is completed, it’s time to take stock and rebuild your body back to baseline. The work here needs to focus on:

The work here needs not be taxing but it can be technically more challenging, and most runners cannot find time to do it or lack the knowledge of their own bodies to do it effectively.

We try to counter the difficulty of planning ‘reset training’ by dedicating a specific training period to it called the FUNDAMENTAL PERIOD which precedes the GENERAL and SPECIFIC periods. It’s like an off-season in many ways where you can finally focus on things long neglected during your ‘season’.

If you were working with us, we’d recommend a roadmap such as the below:

If you want to go it on your own the focus of your training should be:

Unfortunately, each of these methods require an article on their own to describe what happens in enough detail for you to use it. We will delve into them one by one over the coming months. But if you want to get kickstarted on this simply contact us to discuss getting a ‘Fundamental Period’ plan and you’ll be prioritised and ready to go within 2 weeks.

← Why didn’t I hit my marathon pace target? (or factors to consider)
ChampionsEverywhere partners with Stryd! (Power meters for running) →
X