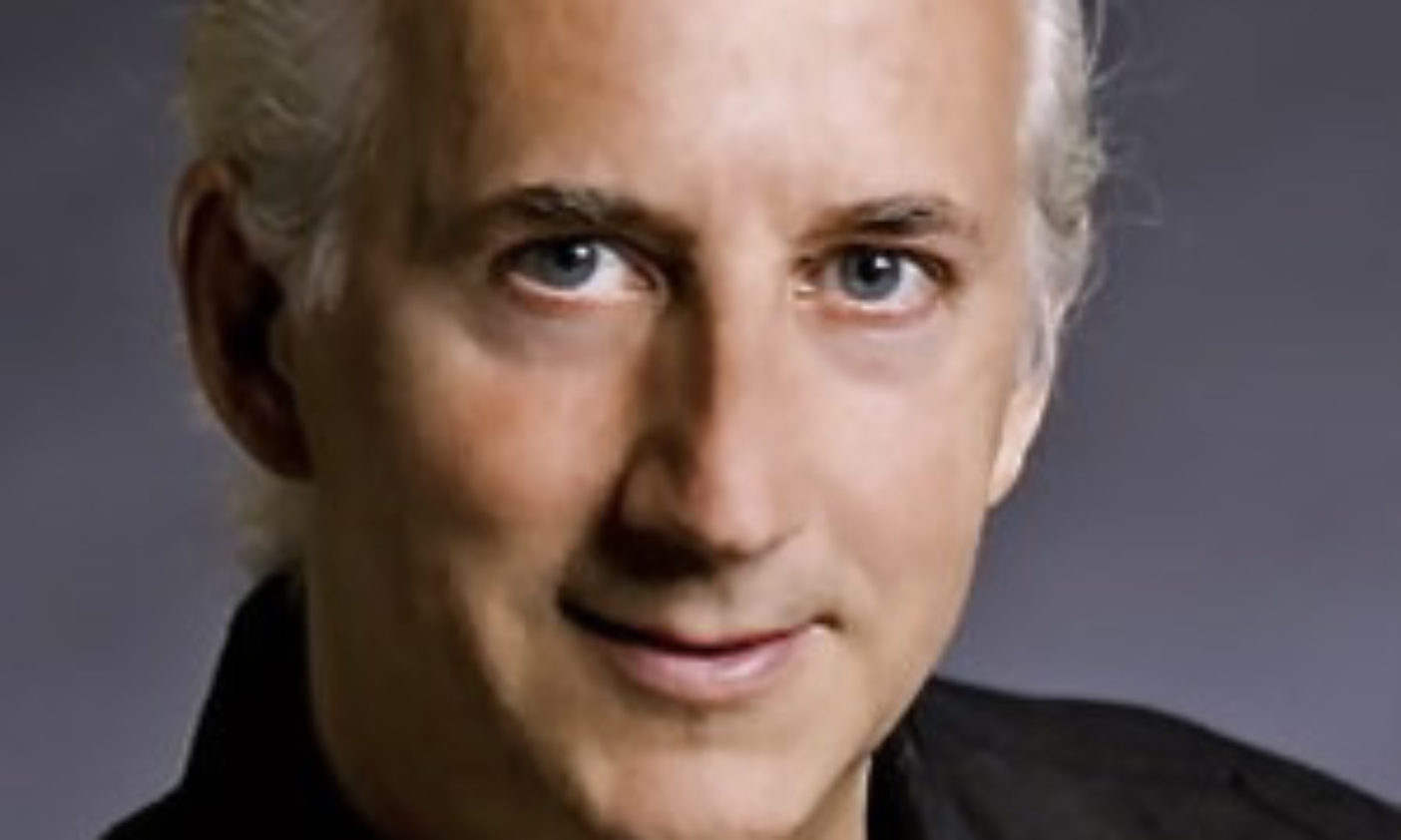 Well-reputed endurance expert Phil Maffetone provides many of the guiding principles we use in our  coaching here at ChampionsEverywhere. His focus on “training slower to go faster” and keeping things simple and natural have direct roots back into Lydiard’s system and when in doubt about how to approach broader issues relevant to performance, such as nutrition, stress management and health, Maffetone’s writings provide some of our strongest sources of information. For most he may be more well-known as the coach of legendary Iron-man Mark Allen and for pioneering the use of heart rate zones and heart rate monitors in training. He also happens to be a very decent country musician! At ChampionsEverywhere we have adopted his “Max Aerobic Function” (MAF) test as a screening device for athlete’s to help confirm their aerobic capacity, something that you cannot always fully deduct simply from looking at race performances, especially over the shorter distances.

Seven days ago, Aoife and I decided to embark on a “test of a test” beginning to follow the rules of Maffetone’s “Two week test”, essentially an instrument to test the effects your current diet has on you. If you already eat a fully natural, paleo-style diet, then the test will not tell you anything but if you have modern staples such as rice, grains, pasta and refined sugar as part of your diet, then you can learn a lot from this simple protocol.

During the two weeks of the test, Aoife and I have had to eschew all processed carbohydrates (rice, pasta, grains, bread, sugar) and

other high-carbohydrate foods that trigger high insulin responses (blood sugar fluctuations) such as the otherwise beloved potato. Beans and a few others things are also avoided for similar reasons and so is fruit which despite great nutritional properties mostly comes with high sugar contents. Aoife follows this strictly, but I use the “compromise protocol” allowing me to eat some fruits because I am already in the competitive stage of my season.

A tremendous amount of modern health problems and issues with fatigue, especially during the day or early in the morning, as well as many stress syndromes are a result of something Maffetone calls “carbohydrate intolerance”. Some people have reportedly lost massive amounts of weight during these mere two weeks despite the fact that the test is not a diet: in fact, during it you should never be hungry if you can avoid it!

What we can eat – a challenge!

Unlike paleo-style diets you can eat real matured cheese, unsweetened cultured yoghurt and any other dairy product which has had its lactose content removed (lactose is milk sugar so detrimental to the test) and this makes getting sufficient energy-intake easier for an active person. Other than that most of the food we eat now consists of vegetables, salad, nuts and meat. Even honey is temporarily out, despite being generally a healthy non-refined type of sugar which does not easily store as fat tissue in humans and causes few health problems if taken in reasonable amounts by a person otherwise eating well.

Maffetone provides some recipes in his books and I mainly just do omelets with vegetables for breakfast which creates the challenge that it takes more time than good old porridge. As Aoife abhors eggs, this part of the diet has been even more challenging for her as she cannot resort to this “wonder food” for a lot of the daily energy needs. Stir-fries serve me well throughout the day and I still do many of my traditional favourite sauces such as my own take on the “Bolognaise” and just eat it with a fresh salad instead of pasta. Curries and Indian food can be served the same way and I do so prolifically as I love my spicy dishes!

Temptation to break with protocol has been greatest during the day so I try to always have a bag of nuts or a pack of apples or pears handy to take away any cravings. What also works extremely well is to have a very large breakfast as this stabilises cravings until very late into the day. I’m practically a glutton before heading to work! Also plan ahead as any break of your plan and spurt of hunger will lead you to buy a sandwich and ruin the test.

Refined sugar has been the easiest to take out: it hurt the taste of my favourite strong Earl Grey tea initially but after about six days the taste of the tea began to feel more palatable again unsweetened. You do have to watch almost anything you buy and read the label during this period and it will surprise you just how few processed foods come without plenty of refined sugar added. Even the otherwise delicious Glenisk fruit yoghurts are pretty packed with the stuff and the only brand I have been able to use the last week is the Killowen natural (avoid all fruit yoghurts as a rule during this test).

I was a bit nervous starting this 3 weeks from my marathon but the gamble made logical sense: in these two weeks I had the opportunity to optimise my weight and energy levels, switch my body more aggressively over onto fat-burning (something it does quite well already) and very likely trigger a super-compensation response of carbohydrate storage when I resume a slightly more standard diet in the last week before the race. So my main concern was energy levels around training and performance in my races.

For the first 4-5 days I did not see immediate benefits and felt very tired in the mornings as I often do. I rarely have energy lows during the day and managed to eat healthy enough food in the canteen and avoid any temptation. Training and race performances did not suffer and I tried to keep myself in good condition by drinking unsweetened protein shakes before and after workouts and eating a good meal within an hour after.

By this weekend the test has really begun to impress me, the bloated feeling and heavy stomach that invariably follows consumption of bread, cereals and pasta has disappeared, you can even visibly see it on the stomach after most meals. This morning I went on my scales and my weight had dropped to its lowest recorded since I began tracking it in January 2010 with 67.3kg on the scale. My fat percent has dropped from being generally 8.5-8.8% (just under 10% starting this marathon training programme) to 8.1% and my muscle mass now is at the highest ever recorded as well with 45.8% of my body-weight meaning 30.8kg of lean muscle to work with.

There definitely a correlation here with my 1-4 daily natural movement training sessions which are the best possible conditioners of correct muscle tone available but the drop over the last week has been dramatic so I would definitely recommend anyone looking for a quick “weight and energy optimisation” take themselves through the protocol.

Any treats at all, please?

Coffee and tea are allowed as much as you want if you already drink it something we use to our advantage in this household! As always I mix between normal tea, Rooibos (very relaxing), green teas (higher antioxidant), fermented teas (good for weight-loss) and Maté (great energy booster) which leaves plenty of highlights for me. It is not quite enough, though, so thankfully, very dark unsweetened chocolate is also allowed and so is red wine both of which we have used to quell the temptation as cakes seem to be paraded in front of us regularly this week (I wiped tears from my eyes saying no to a free Magnum ice-cream Friday, the Bake-athon at the Leixlip 5k post-race event and the huge 40th birthday cake at the party we went to after).

Also, the fact that a proper human diet is actually quite high in a mixture of animal and vegetable fat and fish oils, makes a huge difference. Contrary to how the mass media has often erroneously portrayed it, fats eaten in the right balance actually help optimise both your body-weight, performance and hormonal levels and should be a big part of your daily energy intake. The true evil is processed carbohydrates of which refined sugar is the very worst. If your objective in life was gaining the most fat possible, you would likely find no easier way than consuming large amounts of refined sugar and “white” carbohydrates such as pasta and bread. These products have nothing to contribute to your well-being except if you happen to like the taste, so are easily removed by anyone who is not starving. Table sugar, soda, commercial sports drinks (Powerade, Gatorade, Lucozade etc.) and sweets will be the easiest for everyone else to remove. Sugar added to ready-made products, bread and cereals will undoubtedly pose the greater challenge for most readers.

What we have learned so far

From the first 7 days my own conclusion is that I am not particularly carbohydrate intolerant. It has not yet made a massive difference to my energy levels but I have seen benefits in my body composition and overall sense of well-being and strength. After the 5km race I was practically tireless, doing another 7km of barefoot running and two long sets of natural movement drills including some aggressive plyometric push-ups. Even after this, and not having taken in too much energy before or after the race, I experienced no post race fatigue at any stage. A dose of Orbana is the only exception I allow myself before the race so I don’t risk compromising performance. Its complex nutritional profile makes it  similar to eating some fruit and nuts whereas a traditional drink such as Powerade or Lucozade is more similar to drinking a can of coke.

So apart from this concession, the new regime actually works quite well. But to make life easier for myself I plan to stick to a compromise when the test is over, especially since I have so far not proved to be particularly intolerant, so my few problems with energy levels do not derive from diet so much in my case but have other sources.

The list of key things I have taken so far from the Maffetone 2 week test:

As an endurance athlete, the potential gains from cutting out white carbohydrates and refined sugars are clearly quite important and the very quick shift in my body composition proves this to me. It would be an awful pity to work hard for 16 weeks to be in tip-top shape for a marathon and then lose several minutes because of 500-1000g of superfluous body fat, tighter arteries and veins from poor eating and a fat metabolism that is not working at full effect. Why do all that training and then not get the best out of yourself?