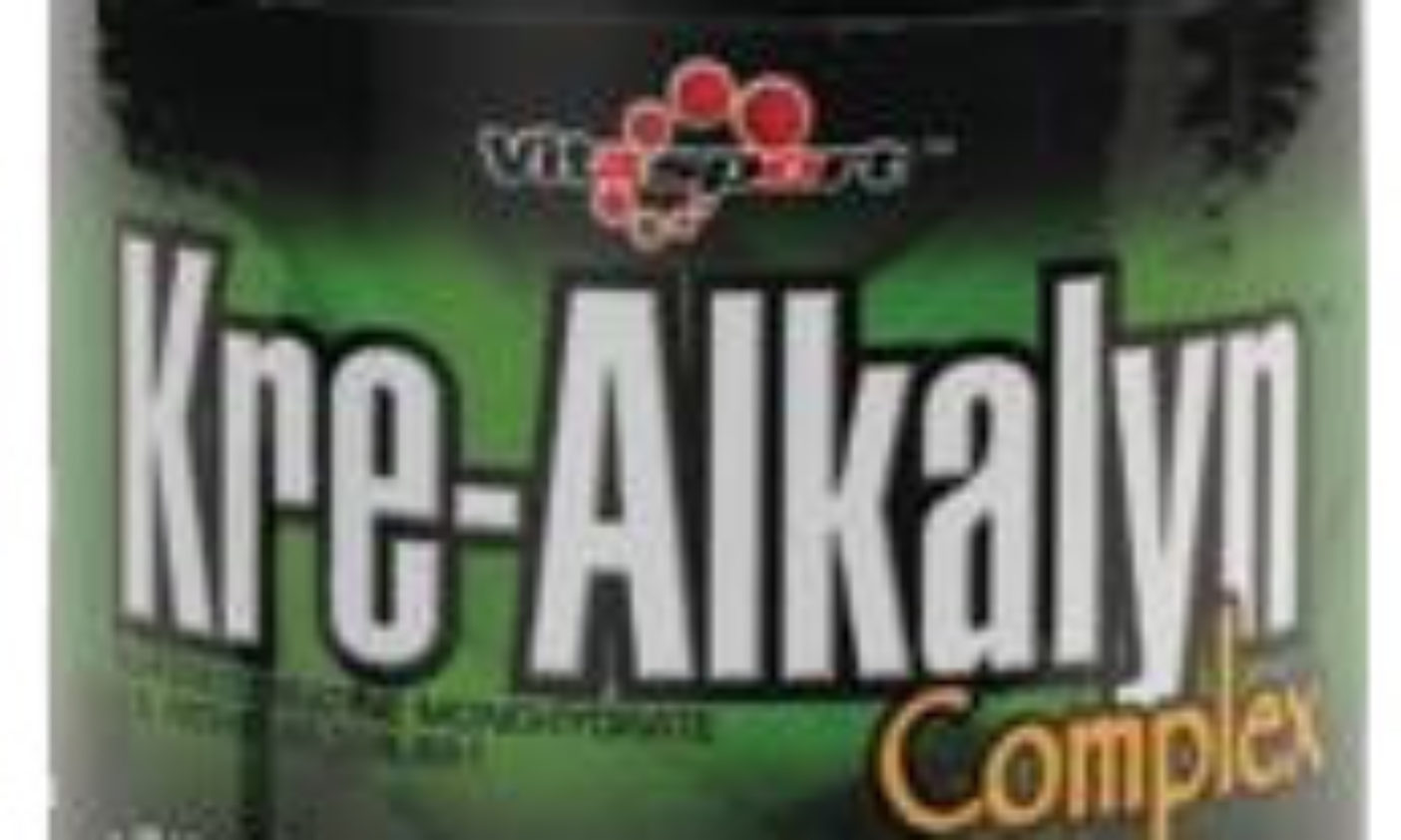 Creatine is one of the most popular ergogenics (e.g. “substances that can increase muscular work capacity” or in other words “performance-enhancing substances”) especially in the strength training and body-building. It is not without use for runners and other endurance athletes, however, as recent studies suggest. Here we’ll have a look at creatine in general (normally sold as “creatine monohydrate” or “creatine phosphate”) and a newer creatine product called “Kre-Alkalyn”.

To very briefly summarise: creatine phosphate (CP) is a high-energy molecule that combines with a lower-energy molecule called ADP (adenosine-diphosphate) to create the key intermediate molecule for energy-transfers in the muscle: ATP (adenosine-triphosphate). Without ATP, muscular growth and muscular activity would not be possible (Baechle and Earle 2008). So creatine phosphate is a pretty important substance but is used only in the phosphagen energy system to replenish ATP (later glycolysis, the breakdown of carbohydrates and the oxidative/aerobic system, deriving ATP from mainly fats but also carbohydrates, becomes the main source of ATP replenishment).

We usually refer to this system as the “alactic” system, so the anaerobic energy system that does not use lactate as primary source of fuel but rather phosphagen. The alactic system is not generally of great importance for endurance athletes,  as creatine phosphate can only be stored in very limited quantities and can only supply short bursts of exercise, generally the type of explosive muscle contractions used in weight training and sprinting. Obviously, this means that creatine should improve your sprinting performance, so there would be a direct benefit for your ability to put in a strong finish or go off with a powerful surge. Likewise, as hill runners, the explosive motion of skipping over a stream or jumping a rock may be enhanced through creatine usage.

Studies seem to suggest, however, that rather than directly enhancing performance, creatine seems to enhance the quality of training (these studies focused on resistance training, and basically showed that groups using creatine gained greater strength than control groups using a placebo). So the benefit is generally indirect: creatine will allow you to train better, and thus you will gain more benefits. This is what gives you the performance gain, not the creatine supplementation directly.

And the benefit to running?

Another recent study has shown that one of the most effective ways to make your muscles resistant to exercise-induced damage is explosive power exercises. Indeed, Fitzgerald (2008), shows that even 2 simple exercises per week showed statistically significant gains in running speed over very short periods compared to control groups who did not do these exercises.

The reasoning stems back to the new ‘Central Governor Theory’ proposed by Noakes (2003): the brain will start sending fatigue signals and reduce muscular recruitment when it senses levels of muscle-damage that are threatening for the body’s ability to maintain homeostasis (that is the internal equilibrium of an organism).

Also, large degrees of muscle damage release a chemical agent known as “interleukin-6” into the bloodstream. Studies have shown that interleukin-6 act as a warning flag for the brain. Athletes injected with interleukin-6 showed much more rapid signs of fatigue than athletes who were injected with simple saline solutions (e.g. a placebo) (Fitzgerald 2008).

Thus, if you can make your muscles more resistant to damage, interleukin-6 concentrations in your blood will be lower, and muscular damage from running will be reduced. Both of these factors will reduce the feelings of fatigue that your brain will create in order to slow you down (in layman’s terms: your brain won’t need to slow you down as you will be less “damaged”).

And this relates to creatine how?

As I said earlier, creatine increases the quality of explosive exercise and strength training. Both these forms of training are the best way to improve your muscles resistance to damage, and through that push back the wall of fatigue when running.

Traditional creatine comes with a variety of side-effects (not all are reported widely) such as weight gain, bloating, stomach cramps and water retention. All very undesirable, especially for a runner where weight is a huge factor in performance.

Finally, traditional creatine (generally sold as creatine monohydrate) requires a “loading phase” in which you ingest an uncomfortable amount of creatine. I have been through these phases myself when I did weight training in college and can testify that this phase is both unpleasant and impractical.

In addition, creatine monohydrate may be unstable and a lot of the ingested supplement can degenerate into the useless substance “creatinine”. A number of years ago a product hit the market called “Kre-Alkalyn” where the creatine is supposedly protected from breaking down into creatinine before it reaches the muscles by being suspended at a higher pH state when ingested.

Because of this invention, the creatine Kre-Alkalyn capsules do not need any loading phase, can be ingested in much smaller quantities (1-2 capsules per day), and do not have any of the side-effects: weight gain, bloating, or stomach cramps.

Unfortunately, the scientific community has been slow to look into the claims made by Kre-Alkalyn, but I finally managed a few studies comparing Kre-Alkalyn to Monohydrate. Several papers conclude that it compares very favourably to the traditional type of creatine, and it may very well be worth your time using it. Other papers have supported this and noted the expected lower creatinine levels in athletes using Kre-Alkalyn compared to normal creatine. Surprisingly, VO2 max levels improved more in the Kre-Alkalyn group which is a finding endurance athletes will find particularly interesting, as one study concluded:

Kre-Alkalyn outperformed creatine in most all ergonometry measurements. The most significant proved that Kre-Alkalyn actually lowered cholesterol and triglyceride levels over creatine.  pH was also elevated in the Kre-Alkalyn group (ed: this is positive).

The most significant performance find was the increase in VO2 max of the Kre-Alkalyn group over the creatine group. 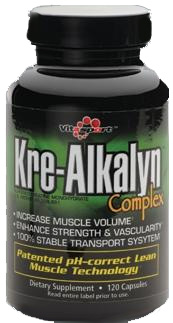 Before you run off and purchase Kre-Alkalyn, we should mention that contrasting studies exist and the jury still seems to be very much out on the product. We invite you to view this video which is critical of the product. With the contrasting evidence, all you can really do is test it for yourself.