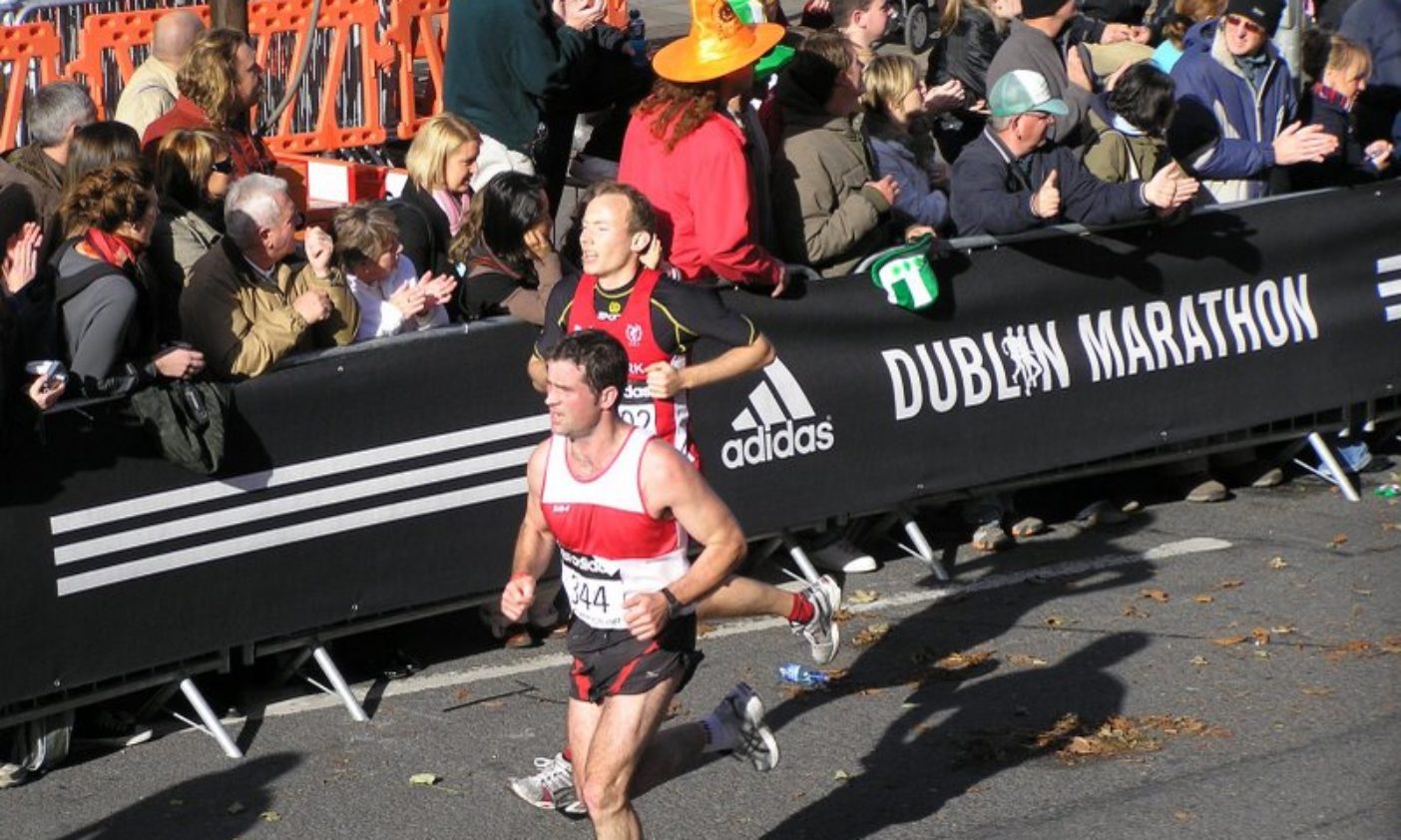 Ok, I had a good target but still didn’t reach it!

You may come back and re-read this second part of our two-parter on marathon target pace AFTER your marathon but if you’re curious now the factors that can skewer even good predictions can have some value ahead of the race. Let’s take them one by one. These factors are more commonly called ‘excuses’ so you will be glad to hear they have some scientific and mathematical backing!

Go back and read part 1

First – your BODY-WEIGHT. Generally, this should not impact your race performance if you have used recent results, laboratory tests or training paces because you cannot gain massive weight in a short period of time. However, it is worthwhile tracking your weight as increases in weight will adversely affect your time and could be a ‘blind passenger’ ruining your race. The common mistake is to eat a lot during the General period where volume is high and then not drop calorie intake sufficiently during the lower volume phases that come later in traditional programmes. This may lead to a ‘sneaky’ gain of 1-2 kilos in people so disposed which will cost you heavily.

It was a tough course!

Next and more common is TOUGH COURSES. Some courses have hills that make them a few seconds per kilometer slower. You can often see this by searching for results from the course in online training logs like Strava which have a feature called GAP (Grade Adjusted Pace) which will tell you roughly how much slower you can expect the course to be. For most road races this is quite a minor adjustment. Other factors that can slow a course down are a preponderance of bends and bad running surfaces. In Copenhagen 2012, for instance, the 2nd place finisher Barry Minnock estimated that the many bends and cobble-stone sections on the course cost him 4 minutes (he finished in 2:24) and the heat more than that. We’ll have a look at that prediction in the summary…

More than anything HEAT is a foul saboteur. Once the temperature rises much over 16 degrees Celsius you begin to pay a price – as you heat up quicker, you are slowed down. I felt this first-hand in Copenhagen where the temperature soared to 25 degrees Celsius – claiming many victims to cramp and heat-exhaustion. For such a temperature a slow-down of about 2.5% is expected – a difference of about 4 minutes for someone shooting for sub-3 hours so a massive factor in the marathon.

You can access this calculator if you’re curious whether the heat of your chosen marathon will slow you down and use it to adjust your ‘Plan A’. (there is no reason to persist with your normal target if you KNOW the race will be hot!). BUT: if your training is done in 25 degrees and the race will be 25 degrees then you don’t need an adjustment if you base your predictions on recent training. You can also adapt to a certain degree to heat if you are used to it. Keep this in mind. also: while the calculator I have linked to here has many interesting facotrs you can look at it seems to vastly overestimate the effects of heat as you’ll see in the summary.

It was a bit windy….

More relevant to Ireland is WIND. Wind resistance becomes increasingly relevant as your get faster, so is less of a factor for novices. In addition, since most marathon courses are similar you will gain back a lot of what you lose. It’s clearly not something to lose too much sleep over. Should you be curious what sort of effects it may have (or have had if you look at it afterwards) look up the predicted wind speeds for the marathon day and the parts of the course you expect it to adversely affect and use this brilliant calculator to see how much of a difference to your pace it would make. The calculator uses the Beaufort Scale, so you need to see which of the categories the windspeed falls into. A Beaufort scale 1 wind speed would be 1.6 to 3.3 m/s. The calculator suggests a runner running 4:53:56 would have been 45 seconds faster at zero wind force. In a severe gale the difference would amount to 49 minutes!!! If the wind you race in resemble what you normally race and train in, you do not need any adjustment as the times you are using laboratory results could be adjusted but although being indoors is wind-free, heat builds up quicker, so there is a trade-off back and forth.

I’m only a novice!

Inexperienced runners often simply have not had the time to let their training and their previous race performances ‘sink into their systems’. It takes at least 12 weeks to create real endurance adaptations so if you’re going through your first 12 to 24-week plan and didn’t quite hit the heights your estimates predicted don’t beat yourself up. It could simply be that your training needs a bit longer to settle in – have a good break, get back into a good routine before you lose too much fitness and you’ll likely see the realisation of this reserve in the next plan. My first coach used to tell me that ‘a lot of what you do in the last 6 weeks doesn’t matter’ and ‘in the last  weeks your work is done’. She simply meant that a lot of the adaptations the training during the last 6 weeks creates – at least those we term physiological – do not have time to manifest themselves in time for the marathon. Neuromuscular and psychological benefits, on the other hand, can happen within a much shorter time-frame which is why coaches like Lydiard dedicated the last 4 to 8 weeks to ‘Coordination’ of the physical attributes already achieved rather than building attributes to new levels at that stage of training. In our plans we do this by focusing the key workouts of this phase mainly on race pace workout to maximise running economy and efficiency at those paces while having enough easy running to maintain the basic endurance build earlier.

The good news: your potential for improvementas a novice  is higher than a seasoned athlete’s.

Many articles have been written on pacing, so I will not belabor it here except to say that if you start too fast (either ‘right on’ target pace or faster than target pace) then you will activate the anaerobic energy system too much too early – costly reserves spend you cannot recoup later. You MUST start slower than target pace and it can be significantly so for a few kilometres. This allows your aerobic system to become fully active and since you have a lot of time, this ‘lost’ time is easily recouped. Many ‘bad marathon’ results are down to lacking the confidence (or intelligence!) to start at the right pace and thus blowing it. This, ironically, is often a result of setting poor targets using wishful thinking or simply over-estimating your own abilities because you do not use accurate reference points such as those shown in part 1 of this article series.

Another reason for poor pacing is simple insecurity. Having a plan based on data you trust can help reduce this feeling and enable you to make better choices early in the race.

Some elites can somewhat disregard this because they will run for a much shorter duration and can therefore allow for a more comprehensive warm-up. Such elites will likely start very close to target pace. As you get faster the margins you are chasing get ever narrower and in this way you need to stay closer to the average pace from early on. Even elites will not benefit from too fast a start unless there’s a tactical reason for it that they can exploit in their competitors.

Example: In my first marathon I began my race with a kilometre in 5:40 and the next one in about 5:15. My average pace for the whole race was 4:45 min/km. so despite dropping 1 minute and 25 seconds within 2 kilometres, this was easily recouped later. I simply remembered Robert de Castella’s advice that ‘the marathon is just a 10 km race with a 32 km warm-up’. And I had some experienced hands holding me back for 26 km until I was politely told that ‘I think it’s time you take off’. This does get slightly more difficult to do the faster you get as we simply reach greater absolute speeds. But even if you average pace was 4:10 min/km starting 20% slower would be running a 5 min/km. This would mean increasing your pace by just over 1 second for the remaining 41 kilometres. But being able to throw in one or two really fast ones late on could also be enough (such as running two 3:45 minute kilometres). In 2007 I ran the last kilometre in 4:07 and the last 200 metres even faster – so 38 seconds of the ‘lost’ 85 seconds were retrieved at the death.

Several factors such as surface, hills, wind, and heat will affect your actual pace on the day and should be considered. To get a good idea of target pace you can get a laboratory test done or rely on recent races at similar distances or training paces in long, medium and easy runs or aerobic tests such as the MAF Test.

To summarize my own example: In my last outing on the marathon – running 2:55:58 in Copenhagen, my predicted time was 2:51:08 based on my 17:28 5 km time and 2:48:55 based on my half-marathon time. Here’s how the modifiers would be estimated on a day that had no wind but 25-degree Celsius heat, cobblestones, and many bends from the running calculator we looked at earlier:

Now I have doubts about the sanity of the calculator when it comes to the temperature as it predicts a time 22 minutes 30 seconds faster had the temperature been 8 degrees which is obviously a ludicrous improvement forcing me to run a pace I could never sustain for that distance.

Let’s ignore this one – seemingly a calculator error – and simply keep in mind that the ‘heat slowed me down’ perhaps closer to my own 2.5% estimate from earlier in this article. My expected time was 2:48:55 and I ran 2:55:58 – 7 minutes 3 seconds slower than predicted. The bends and cobblestones would have cost me only about 4 of those minutes leaving me at 2:51:58 (close to the estimate from the 5 km time). The heat may have cost the additional 2 minutes (seems more reasonable) or perhaps a bit more – so be wary of courses with degrees much over 16 degrees (various sources claim 8 to 11 degrees Celsius to be optimal) as they will do the damage.

But if we assume roughly 2 minutes for bends, 2 minutes for cobblestones and 3 minutes for the heat, we get close to the estimate set by my training and half-marathon race as well as physiological test. All in all: you can get a good picture of what affects your pace by going through factors one by one and see where you could really have ended up OR (if used before the marathon) how you should adjust your time if you expect severe weather.

← What time can I run for my marathon?
Marathon done – what now? →
X