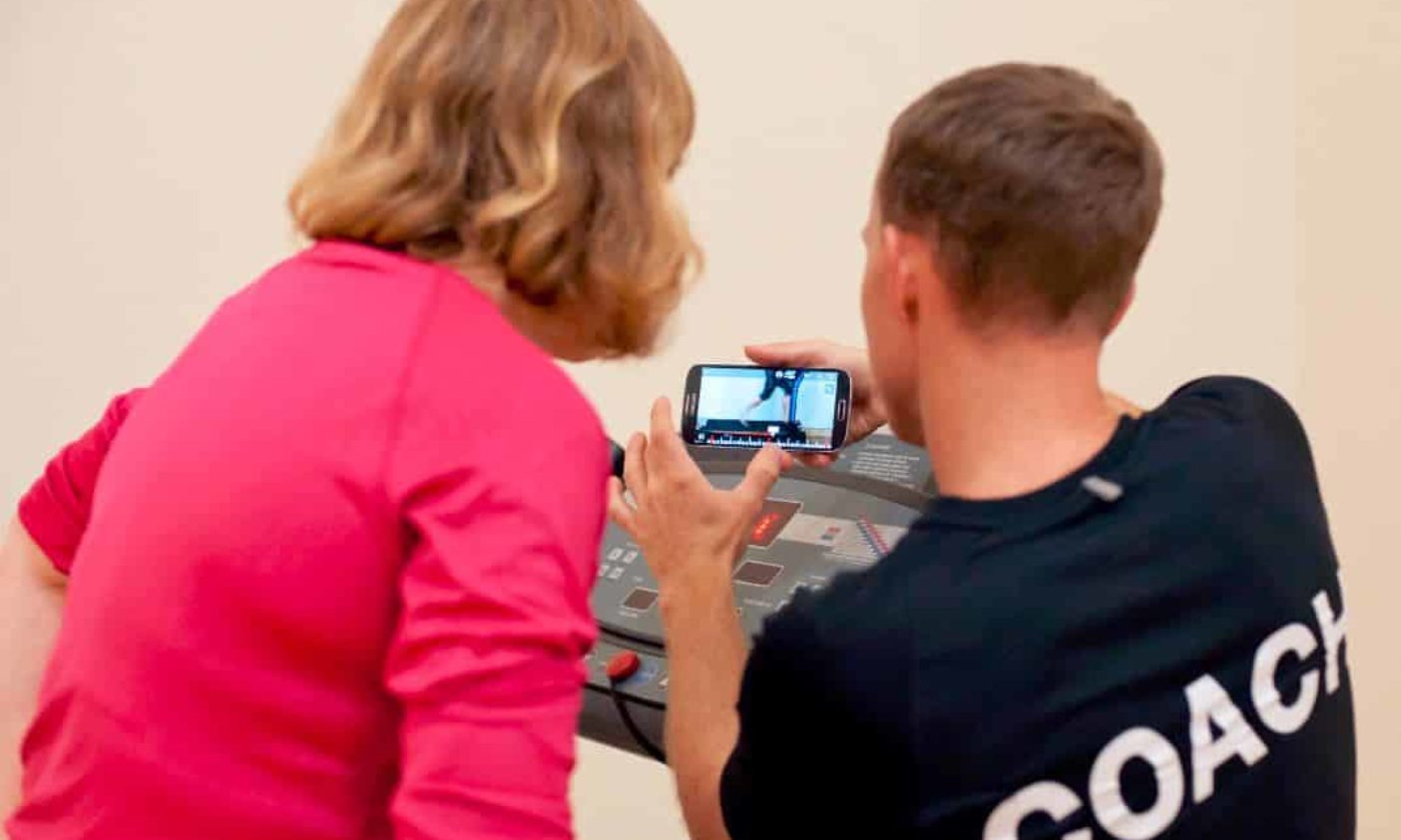 Today I’d like to divert a bit from the long-standing discussion on whether it’s useful or not to assess someone’s running technique and instead look at why it can be so difficult and why consistent results from analysing running can be hard to come by. Let’s take a minute to refamiliarise ourselves with the key terms:

When we put a camera on someone we are looking at their FORM in order to understand STYLE and TECHNIQUE utilised. Where the TECHNIQUE runs counter to efficient principles of movement, we seek to improve it. Sounds easy on paper – but beware there are sharks in these waters…

If you took a number of stills (pictures) of a person running with a very consistent technique and put them next to each other, the judgement of your naked eye would tell you that ‘it’s the same thing going on on every picture’. Based on this it’s tempting to make a universal observation and then implement your action plan based on that.

However, if we were to put EMG equipment on the runner, we would notice that although superficially each image depicting a similar stage of the running cycle (such as the mid-stance position) look identical, a great variety of muscle activation patterns are occurring underneath the surface. The lucky coach with this advanced equipment faces a further two traps unfortunately: one is data overload (lots of data but no clear plan what to do with it – paralysis by analysis) and the second is that many of the activities that happen ‘underneath the skin’ do not involve activity from the Central Nervous System (CNS) meaning this activity will be ‘invisible’ to EMG. I won’t divert too far into that topic except to say you will want to do research on the ‘preflex system’ as well as on Gibson’s ‘direct perception theory’ from 1986 and the Dynamics Systems theory evolved from Bernstein. But let’s move on:

Accepting these premises means that we can look at an athlete’s ‘running form’ yet be entirely ignorant of differences occurring inside the runner’s body. We may have a whole team running to a strictly taught technique displaying many similar – and desirable – characteristics such as an upright posture throughout the running stride cycle, yet some runner’s will arrive at this ‘ideal’ by way of wasteful compensation whereas others can naturally generate it and thus enhance their efficiency. Is there any fix to this unfair state of affairs?

To arrive at an answer, we first need to understand why the body does not elect the except same ‘internal actions’ to generate what superficially looks like ‘identical actions’ from the outside.

Muscles – your brain has no idea what you are talking about

Let’s say you are running around a track at 13 kph on a quiet day when suddenly the wind picks up and blows into your face. You maintain the 13 kph and superficially there may often be no difference in your running form. But inside things may have changed. Similarly, after doing 20 laps, certain parts of your body begin to fatigue and your body adjusts what muscles to recruit and how in order to continue to meet the task demand you have set it – your INTENTION to continue to run at 13 kph.

This is how the brain approaches all movement – it tries to execute INTENTS within the constraints presented by the environment which is forever shifting. It does not think in terms of what muscles it must activate (in fact, it knows of no such structures as the real body has only one large myofascial continuity – but that’s another topic for another day). Only humans – and our modern fitness regimes – think about movements in terms of the actions of isolated muscles. If you land slightly more to the left outside of your foot during one foot strike, the body will instantly adjust often with very little noticeable effect to the observer or even to you the runner (unless your preflex and proprioceptive systems are damaged – keep this in mind as they are the first victims of most chronic injuries).

In modern movement theory, researchers use two exotic terms: attractors and fluctuators to describe two different types of movements. Attractors are essentially stable, safe and efficient movement solutions which you could view as a lovely valley in a hilly landscape whereas the fluctuators are dangerous peaks – tough to get over, risky and expensive. Whenever we are in trouble we retreat to the safety of the nearest valley. But the peaks serve a purpose too – these ‘fluctuators’ guide the body into understanding which movements are safe and useful and these are stored for future usage. To go with our metaphor, your brain maps out the safe valleys that are accessible when walking a particular route (executing a particular movement) and whenever it encounters a hill or mountain (a fluctuator) it uses this information to pin-point the valley with ever-greater accuracy.

This is likely the best current model of understanding how we learn but it comes with a problem – it is impossible for you as a runner to consciously control and very hard to impossible for a coach to guide because it is based on self-organisation at the subconscious level. To add insult to injury science has yet to establish any clear attractors for the major sporting movements such as running and throwing – but we can make educated guesses.

As if these challenges were not enough, not all attractors are born equal. If you currently have damaging flaws in your technique, then it is very likely that over time your body has selected poor attractors. It has misidentified ‘small hills’ as ‘valleys’ and lacks stability in movement execution – the worse the challenges the more it hurts to have no proper valley to retreat to and rest. But the last problem gives away part of the solution – we need to get rid of the faulty attractors by finding a way to replace them with better ones – changing the body’s map of the landscape.

The next step of the solution is to stop the quick fix of trying to force yourself into an idealised running technique and instead engage in a process called ‘differential learning’ with ‘constraints’. As this article has gone on for a bit, we’ll cover this in our next entry.

For more I recommend reading ‘Strength Training and Coordination – an integrative approach’ by Frans Bosch from which much of the content of this article is based.