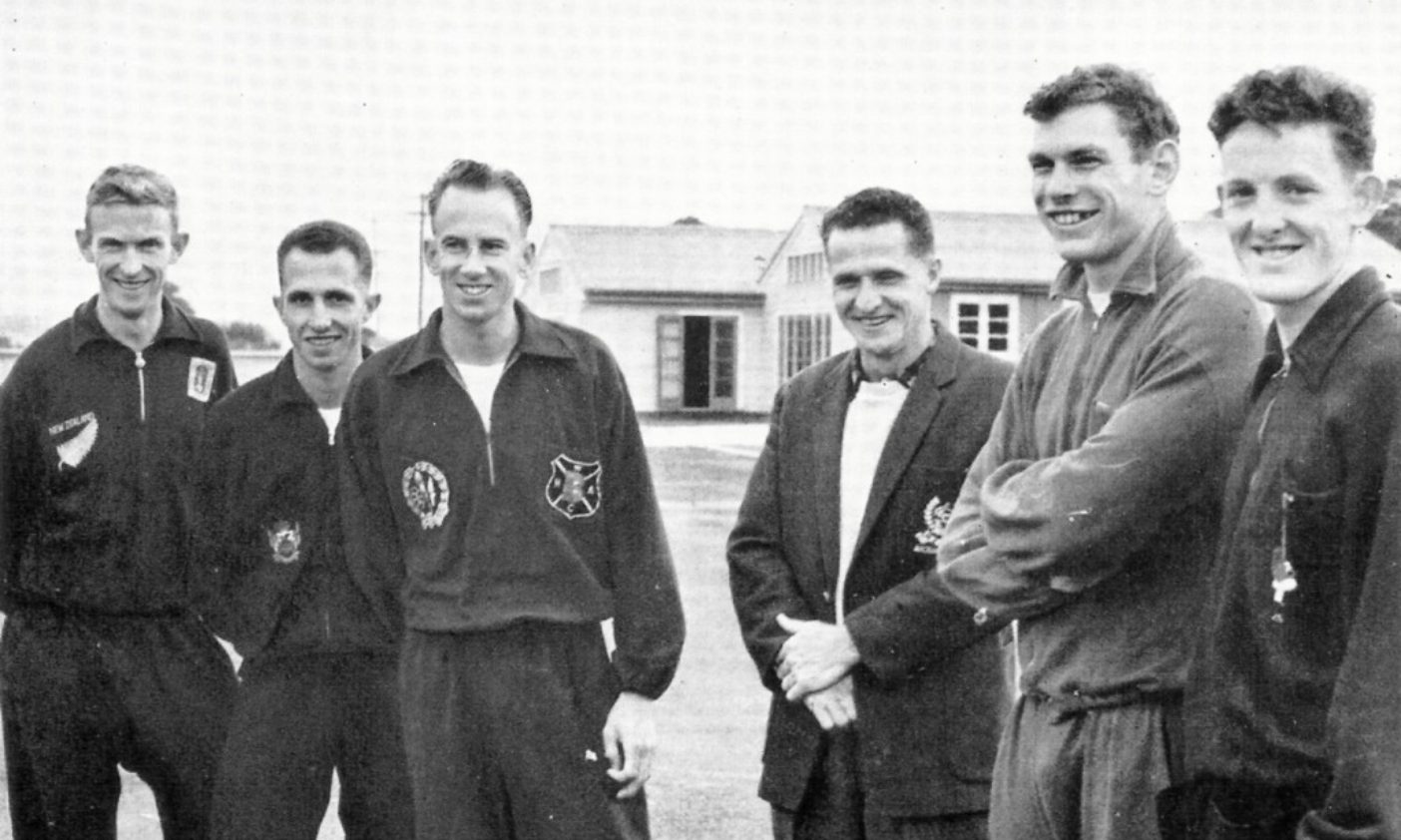 The 6th July 1917 is one of the most important dates in athletics, although it would not become apparent until many years after. On this day, a small tough boy called Arthur Leslie Lydiard was born into a house builder’s home in Mt Eden, Auckland, in New Zealand.

When Arthur Lydiard died on 11th December 2004, aged 87, during a lecture tour in Texas, he had left a lasting legacy on the world and various titles had been bestowed on him: “Coach of the Century”, “The Father of Jogging” and the “Maker of Champions”. The real question is why? What difference did he make in those 87 years and how did he leave behind a training system which has barely aged a day since he set out to discover it around 1943?

From boxing and rugby to running

Lydiard grew up with an active life-style and dabbled with some success in diverse sports such as the steeplechase, boxing and rugby. In boxing he was known to win by filling the air with leather and winning through sheer aggression and determination. In playing rugby for Eden Club he started out as a side-row forward, a small man among giants, as he said, before earning a reputation as a dynamic and tireless flanker. Two characteristics shone through which would shape his approach to running: losing was not in his nature. Neither was being intimidated. Arthur had taken up some running with Lynndale Club but found no pleasure in the sport at the time, as he said: “It hurts to run when you’re not fit, even when you kid yourself you are.”

One day, Jack Dolan persuaded Arthur to join him for a 5-mile run. While Jack had a few more years to his name than Arthur, he was not an old man and the run would shock the then 27-year-old Lydiard into realising he wasn’t as fit as he thought.

It nearly killed me. I thought I was fit from football and Jack showed me how pathetically wrong I was. – Arthur Lydiard, Arthur Lydiard Master Coach

That this seemingly insignificant training run would trigger a curiousity in the young Lydiard would come to benefit us all. As with every other challenge put in front of him in his life, Arthur thought hard about the nature of proper fitness and focused all his energies on finding out how he could get fit enough to run great distances a steady speed.

Like a human guinea-pig, Arthur Lydiard spend the next nine years training, experimenting and enduring sacrifice and hardship until he felt he had perfected the marathon-type training system he was looking for at the time. He would often thrash himself training, running distances as far as 50 kilometres through the undulating roads and tracks of the Waitakere mountains looking for the limits of the human body. He would run a marathon before breakfast, eat porridge swimming in cream and honey, then run another in the afternoon. It took nine years of trial and error during which he covered more than 48,000 kilometres (30,000 miles) running seven days per week. He would run up to 400km per week but eventually found that any more than 100 miles (161km) made him stale. Throughout it all, he balanced speed work against distance work and learnt what would become a fundamental doctrine of his system: that speed work without conditioning is useless.

It will seem extreme to people today but Arthur rarely raced at all during these nine years of experimentation. By 1953 his experiments paid off as he secured his first national marathon title. He also earned selection for the Empire Games (now the Commonwealth Games) to represent New Zealand over the classical distance. When he recovered the national marathon title in 1955, it marked the end of his marathon racing career and he began focusing on establishing his business.

A bunch of young guys had begun running with Arthur, eager to learn his methods and replicate his success. He never set out to be a coach but suddenly he had become one. Runners who would go on to become house-hold names joined a group that posterity would remember as “Arthur’s boys”: Ray Puckett, Murray Halberg, Bill Baillie, John Davies, Barry Magee, Richard Tayler and Peter Snell.

The traditional track coaching of the time, still in thrall to the interval-based system that propelled Bannister through the 4-minute barrier for the mile, fired many warning shots to athletes joining Lydiard, claiming his system would ruin them. Murray Halberg’s coach, thankfully, had the wisdom to pass him on to Arthur when he felt he could do no more for the promising youngster. After a few days with Arthur, any fears Halberg may have had were allayed. He did not burn out but felt the benefits after just a few days: he felt the gain in both power and the pleasure of running. When athletes begin properly constructed Lydiard schedules today, they tell us the same thing.

The critics said the Lydiard method would burn runners out; his response was that his system wouldn’t and theirs would. They said his system took too long to produce worthwhile results; his answer was that theirs didn’t take long enough and couldn’t produce any worthwhile results anyway. His did. – Garth Gilmour, Arthur Lydiard Master Coach

It would take too long to list all of the achievements of Arthur Lydiard’s athletes but the defining moment came in Rome when Peter Snell and Murray Halberg won the 800m and the 5,000m finals within an hour of each other. “Arthur’s boys” gained a third medal later in the games when Barry Magee took the bronze medal in the marathon. Peter Snell would cement his position as one of the best middle-distance runners of all time when he won the 800m/1,500m double four years later and the small group of New Zealand runners would record fifteen world records between them. Not all was rosy: Peter Snell and Arthur Lydiard grew out of the master-pupil relationship that had existed between them yet after some public airing of grievances, the two men remained friends and Snell today serves an honorary advisory member of the Lydiard Foundation. Worse was to come when circumstances forced Arthur to leave his native New Zealand behind.

As many other prophets, Arthur Lydiard did not gain the recognition he deserved at the time in his native New Zealand. He made no attempt to hide his disdain for those who weren’t willing to come onboard nor was he afraid to rub backs up the wrong way. He had not ingratiated himself with officials and, with a growing family to feed, job offers from around the world led him on a series of coaching commissions as far away as Mexico, Venezuela, Finland and Denmark. Together with his regular tours of America, Japan and Europe the Lydiard method spread. Today’s Japanese marathon tradition was born directly out of their interpretation of the Lydiard system. Nobby Hashizume, founder of the Lydiard Foundation, was one Japanese runner touched by the “Lydiard magic” and, in his own admission, Japanese coaches, along with Kenyan and Italian, would go on to perfect the marathon training based on Lydiard’s foundation.

In the US, Lydiard came into contact with Bill Bowerman, the legendary Oregon coach and Nike founder. Inspired by his meeting with Arthur, Bowerman improved his training methods and launched the American jogging movement off the model used in New Zealand. Lydiard training was no longer the realm only of the professionals and elites but businessmen, housewives and others simply looking to keep lean and healthy.

During his stay in Finland, Lydiard reinvigorated a fading tradition and sparked the next generation of “Flying Finns” including the indomitable Lasse Viren. Poor officialdom and corruption stinted the success of his work in Mexico and Venezuela but by now the cat was out of the bag and athletes all over the world began to experiment successfully with the tenets of Lydiardism.

Back in New Zealand, Arthur’s old runners and others he had inspired did trigger one last golden age lead by the “Big Three” (John Walker, Rod Dixon and Dick Quax) and the “Little Three” (Lorraine Moller, Allison Roe and Anne Audin) but the rot had set in. New Zealand had lost the opportunity to build a running dynasty through failure to hold on to the world’s greatest coach and would never again reach the heights of the 50s, 60s and 70s. 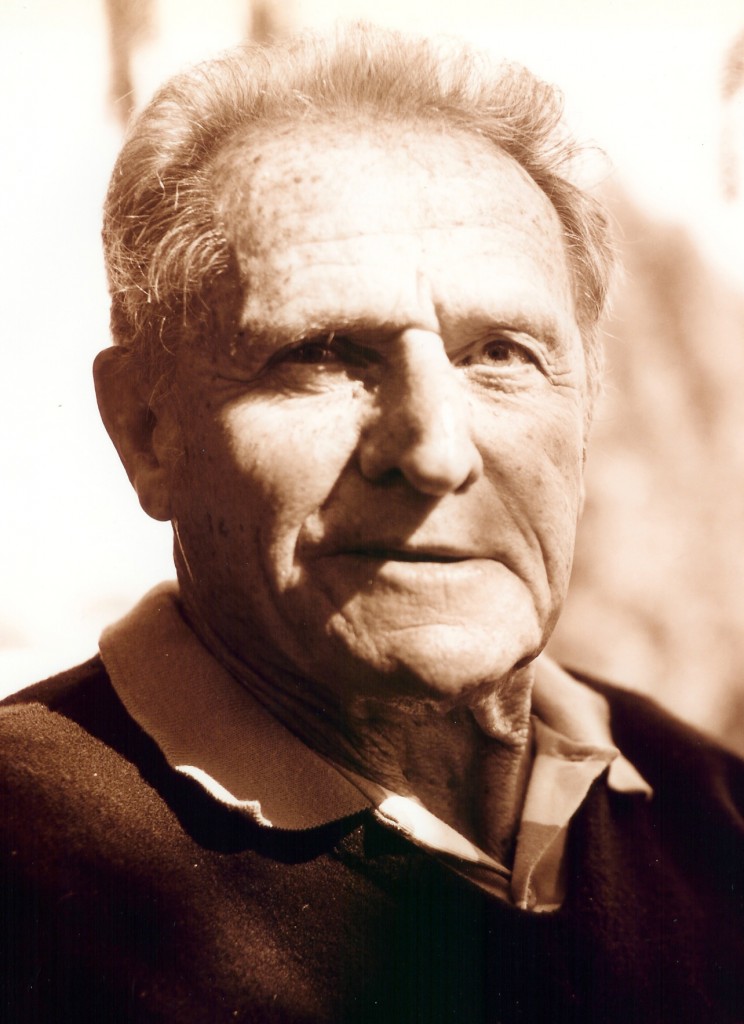 The rest of Western athletics would stay successful for slightly longer but would eventually be eclipsed by athletes from the Eldoret region of Kenya and the Arsi region of Ethiopia who have runners, like Lydiard’s, who have carefully nurtured their aerobic fitness over many years before embarking on a gruelling training regime that few others can endure. Nobby Hashizume predicts that the spread of these methodologies on the internet and the awe that Kenyan performances in particular inspire in Western runners, could lead to another performance draught in the US and Europe 10-15 years from now as we chase a system we are not ready for.

At this junction in sports history, we can do no better than look back to the methods Lydiard proved would work for us. Long before he understood the difference between anaerobic and aerobic exercise and long before scientists began to prove why the workouts he suggested had the effects they showed. The human body has not changed since then and Lydiard’s methods remain as important and effective as they ever were.

Talk to anyone who knew him and you are struck by the feeling of loyalty, almost reverence, that he inspired. He was gruff, demanded sincerity of his athletes (“I can’t afford to waste my time with fools.”) and had no time for those not willing to learn (“My training is not for idiots.”). On the other side, he was extremely generous, known for his storytelling and making life sound like it was a laugh a minute. His athletes called him “one of the boys” and even Snell, who had his differences with Arthur and who freely admitted that their strong personalities clashed on more than one occasion, never wavered in his respect for his integrity and his teachings. Everywhere in the world, he left a lasting impression on coaches and athletes. I never spoke to him, nor did I have the fortune to meet him, but open any of his books and the words make you feel like he is in the room talking to you. The tone is unmistakeable: your back can’t help but straighten up and you feel compelled to listen, learn and then go run.

He showed coaches and athletes everywhere that if you are willing to work hard and work intelligently you do not need large support systems, you don’t even need to be a professional to achieve absolute excellence in your sport.

So who was Arthur Lydiard? The answer need not be more complicated than Garth Gilmour’s succinct conclusion:

And that’s what Arthur Lydiard has been: the self-taught number one in the art of athletics coaching….Thanks to him, men and women all over the world have gone on to achieve performances of which they might otherwise only have dreamed. Arthur Lydiard will not be a hard act to follow. He will be impossible. – Garth Gilmour